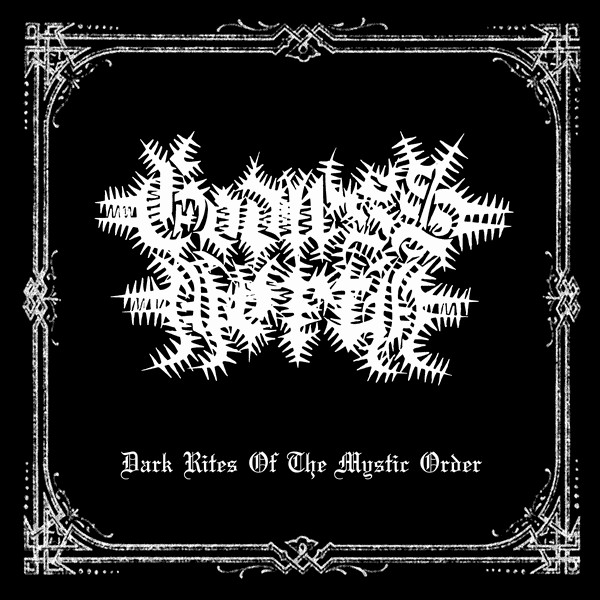 In celebration of nearly 25 years of existence, elitist Canadian Black Metal band Godless North have teamed up with Nebula Carcoma Records to release the bands 1998 debut demo, the five tracked “Dark Rites of the Mystic Order” which this time around features a little bonus, a cover version of my all time favourite Black Metal song, “Dunkelheit” by Burzum.

It has to be said that 22 years has not had a detrimental effect on this demo, indeed like a fine wine it has aged pretty damn well. A short synth intro sets a cold and bleak tone before things really kick into gear with the bludgeoning violence of “Northern Hordes”. Rasping vicious vocals by the bands mastermind Othalaz combine well with thundering riffs, and relentless blast beats. Yet all is not barbarity, and a few minutes in things take on a more catchy, groove laden edge, even though only briefly. “Wolf’s Kin”, “Everlasting Winter Wind’s” and “Warmoon” are all quick to harness the ravenous nature of the demo which by the penultimate track has become a little two dimensional.

However the re-imagining of “Dunkelheit” with a slightly more harmonic edge and a more abrasive riff sound is a fine ending to what is a very good demo. (Heathen of the Hordes)