Gnosis [USA] – The Offering of Seven 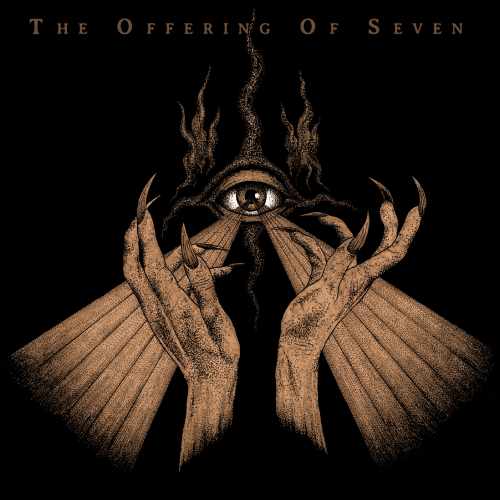 I’ve always had a peculiar inclination on bands who compile lyrics and shape their ambience on Occultism and Mythology. Gnosis, a USA based Blackened Death Metal band who tried to compose and create the same type of ambience through the use of Occultistic and Mythological lyrics on their 2nd album “The Offering Of Seven”.

The album starts with an infirm and sloth intro and which then transits into “Devil And Spirits”. In the named song, the presence of two characters named “Sammash” and “Tamarask” were detected.  Sammash means of a weaker version of a demon who is however stronger than the human form. And Tamarask is the name of the most puissant member of “The Circle Of Eighteen”. The only significant glamor of the album was the lacklustre tone manufactured by the lead guitar. Other than that the album is full of modern groovy riffs, unneeded melodies and sloppy bass works. The only optimal track in this album is an instrumental track named “Transcendence, Pt.1”. The following track will take you to an enchanting journey for 1 minutes and 46 seconds. Another thing about this album is the try-hard over-speeding, which in my opinion was done to make it sound like a Black Metal album, yet failed. You can listen to “The Great Storm” as an example.

As a Blackened Death Metal album it failed to compensate my ear expectation. The term “Wall Of Sound” was completely non-existent. Though  the vocal may seem firm on some tracks, the absence of range will be naked if you concentrate listening through the album. They’ve the potential to create good music yet they lack the ideology and the sense which is futile to create good music especially something so sensitive as much as Black Metal.

The album ended with an outro, which was the sound of burning woods which can be used as a metaphor for the release “The Offering Of Seven” going down in flames.
At end I’ll say that the album was mediocre at the best and totally forgettable. Wishing for something much better on their next releases. (Akib)