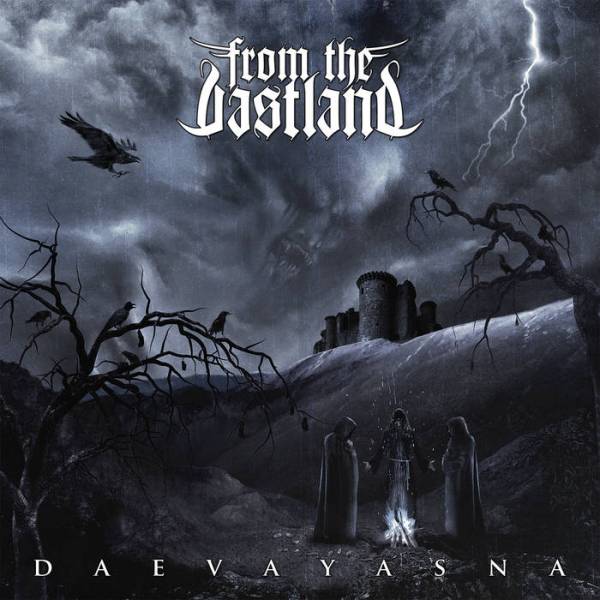 Bygone are days in the Arabian Peninsula when science, art, culture, literature were fundamental part of the society and led the foundation of European renaissance by preserving and translating literature and scripts in the periods of ‘Dark Age’.

Sadly, once enlightened generation now turned into astray and in modern period they lost their tradition of embracing art and cultures and freedom to practice it, especially from western civilizations and now, it’s not really unknown fact that, Arab or Middle Eastern countries have tremendous negative attitude toward music, especially Rock and Metal music. As here, any opposition to religion or government through music means social isolation, considerable life threats and can push someone in jail, including physical tortures. Iran is no exception. They have banned metal music at the state level, and consequently, groups in this genre are very few and they are stay in deep underground. However, most of the these musicians were always discouraged by their family to give up devils music, Sina Winter, founder of one of the first Black Metal band, Sorg Innkallelse, back in 2003 in Iran, have always been supported by his family and raised in a music enthusiast family who were influenced by 60’s and 70’s progressive and heavy metal movement.

With Sorg Innkallelse, he have released 10 albums until 2009 and in 2010, he single handedly started his new band, From The Vastland. With this one-man project band, Sina has pushed his luck many times while he still lived in Teheran, Iran and relocated from his home country to Trondheim, Norway, obviously to save his head! From here began an epic journey of a musician from once might and prosperous Persia to mighty north, thy Scandinavia. Christian Falch, one of the directors of the ‘Blackhearts’ documentary, did this epic discovery, when they were looking for musicians from countries like Iran, Columbia, and Greece. Sina stated that, ‘When I started my first band——there were only two metal bands in Iran, but they were really small and never released their albums outside the country. In 2007, I released an album with that band and it was really successful and got a lot of attention’. Without any doubt this release, “Into the Dark Tower” was one of their finest. The album is full of depression, anguish, rancor and fear, which are transmitted by the unique sound of the guitars. This buzzing, special distortion like from little east, which is not surprising, since such groups are often subjected to harassment by the authorities and this, leaves a significant mark in creativity.

Since the beginning of From The Vastland, as one man band project in 2010, their first album “darkness vs. light, the perpetual battle” was released by “Arx Production” and “A5 Prod” the Ukrainian label companies in 2011 but after 2 years their second album “Kamarikan” was released by great Norwegian label company “Indie Recordings” and after that exposure they began to work with professional and great musicians like , Thor “Destructhor” Anders Myhren (ex-Myrkskog/Zyklon/Morbid Angel), Vegar “Vyl” Larsen (ex-Gorgoroth/Keep of Kalessin), and André “Tjalve” Kvebek (ex-1349/Den Saakaldte). Keeping up the tradition of releasing full length without long gaps, they released their fifth studio album titled ‘Daevayasna’, which was composed, recorded, mixed and mastered in Norway, winter 2018, by Sina and released worldwide in co-operation with Satanath Records. Here, they basically continues playing the same black metal style where he left off on the previous album, ‘Chamrosh’, with Tjalve on bass and Spektre on drums, but obviously easy to understand the progression in sound and production, the overall song structures. Here, this trio encapsulated seven lengthy, cold and primitive sounding, and often fast-paced black metal savagery that themed around the history and ancient mythologies of Persia; the band appear to be telling us how epic, enchanting and engrossing was their homeland is when it comes to mythologies like those of Greece and Egypt, and mythological stories told. ‘Daevayasna’, as the word itself means “prayers of the demons,” almost all the songs are about the demons and their stories in Persian history. And here they are telling the bloody stories of different demons and their dark world.

Here, the mythology of Persia and Mesopotamia and the correlations between the texts of Prose Edda (the source of Norse Mythology) and Avesta (the sacred texts of Zoroastrian) presented over some of the best music ever concocted through these seven tracks. While checking out this fascinating history, it’s interesting to share the root as stated – In the Younger Avesta, the daevas are noxious creatures that promote chaos and disorder. In later tradition and folklore, the dēws (Zoroastrian Middle Persian; New Persian divs) are personifications of every imaginable evil. When the prophet Zoroaster was born, the daevas went into hiding beneath the earth. They lurk about, ready to attack the vulnerable. They are attracted to unclean places and like to spend time in locations where corpses are exposed. The daevas are a class of beings mentioned repeatedly throughout the Avesta and the later Zoroastrian texts. The word daeva and its derivatives – including the Old Iranian daiva, Pahlavi dew, and later Persian div – always carries a negative connotation, meaning false god or, in later texts especially, demon . Such beings are always cast in the adversarial role, as the opposition to human heroes and kings and, in Zoroastrian depictions, where they are the minions and in some cases creations of the Evil Spirit.

Now, considering the depth of this tale, it’s understandable why Sina worked on this album for almost two years to craft the atmosphere of the album exactly he want to reflected,  dark and mysterious but at the same time so wild and wrathful. Compositions here are all between five and seven minutes long and are full of malice. Barking down quickly and frostily, remind old Satyricon, Mayhem, Gorgoroth, Urgehal, 1349, Tsjuder, Marduk, Darkthrone (Old), Dissection; like the old spirit continues here. The Iranian has a knack for making the well-played music seem simple. The plate works like a piece, sounds evil and frosty, but also dark and atmospheric. The clean production skillfully puts all facets of music in the foreground and still does not sound polished, like the feeling of listening to a previously unreleased black metal album from Norway. It starts well with “Fall Into Duzakh” and finds its first climax with “Sinful Oblivion”. Two tracks better makes it the title track, which trumps with ingenious blast beats, icy riffs and multiple tempo changes. Whether “Sickle of Melmedas”, “The Cadavars Tower” or the final epic “As The Grey Clouds Rain”; there aren’t any overflowing keyboards, but nasty growls and icy riffs and room for short solos as bridges.

Sina, approaches his art from two directions, one that points to the past masters of Scandinavian black metal, and another that leads straight to the myths and stories of his Persian homeland. On songs like “Fall Into Duzakh” and “Sickle Of Melmedas,” combines all the best elements of the style – cold and memorable riffs, rhythms that drive the drama of the song, and in-your-face shrieking vocals – into an endlessly satisfying and cohesive listening experience. The melodic aspect of From the Vastland is an important one, and this is delivered by a mixture of cold frostiness and energetic vibrancy. Some  Middle Eastern touches can be heard here and there, although these are relatively subtle in nature most of the time.

While describing Daevayasna, Sina stated in an interview that “The structure of the songs are always like old school Norwegian/Scandinavian black metal but with a small Persian/oriental touch on it, especially on the melodies that I write – which comes naturally from my background, you know. I would say this album is the darkest of From The Vastland, both when it comes to the music and the lyrics, where the ancient Persian myths, gods and demons meet the old school black metal of 90s. That’s how I can describe Daevayasna”. And, like his words, his evocative and proactive effortlessly fuses old school black metal with Eastern influences to create an epic sound-scape of isolation, freedom, and ancient Zoroastrian tales of light versus darkness. A great, dark artwork by Victoria Pelejero completes this work skillfully. Daevayasna, a timeless and engrossing old school black metal album, which can reveal the darkest mysteries of through music and will lead those who listen to the music into the world, back to the ancient times, through of ashes of history to the legendary past. (Rocky)