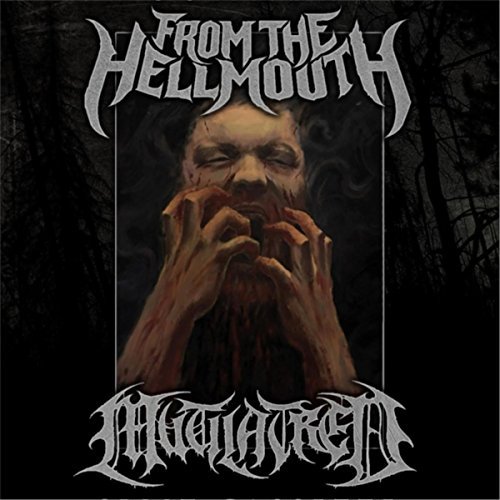 Both bands are from the US, From The Hellmouth from is from Cleveland while Mutilatred is from Ohio. The first one has two Nunslaughter members in the suspects line-up and the second one, well…no well-known bands there to mention. From The Hellmouth are playing rather modern Brutal Death Metal but thanks to the leads there is an end 1990s Brutal Death Metal vibe present. There are some similarities with late Cannibal Corpse combined with some occasional breakdowns (of which I’m not really a fan of). In case you haven’t figured it out yet, don’t expect any Nunslaughter influences… Up Next: Mutilatred. Even more modern Brutal Death Metal containing traces of Slam and with ultra-low guttural vocals. Can’t say I’m impressed therefore there is too less variation in their music, but I’ve to admit this is not the kind of Death Metal I’m really enjoying. If I was a close friend of the guys in From the Hellmouth, I would advise them to ditch the breakdowns and enhance the quantity of the lead as I think they are able to create an Old School Brutal Death Metal album. (Ricardo)