Foul Decay – Sullied as They Are by Rot and Putrefaction [Demo] 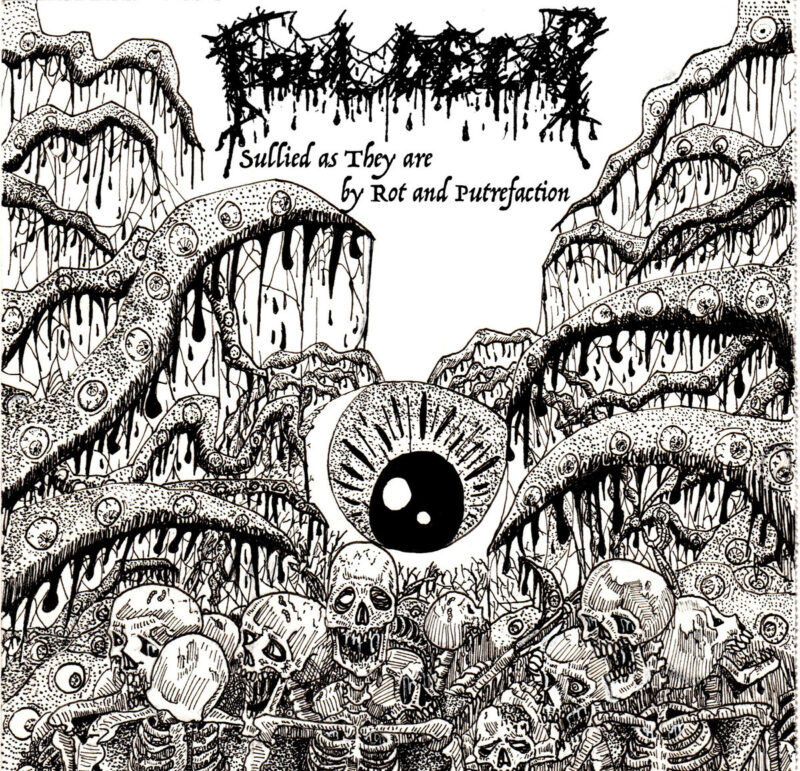 “Hey” he said, “Would you like to write a review?” “It will be fun” he said. “… euhhh well okay”. So I slipped some valium in my wife and kids supper, like I always do when I write reviews, turned my Denon amp up to 12.

So, I push play, “shit”, I think “…my audio set is broken”. That noise that rolls out of my speakers, is that an audio recording of the tsunami that hit Thailand over a decade ago? No, wait a minute, that’s Foul Decay. Oh dear, this does not sound like “The sound of music” at all, this rather sounds like the whole family Von Trapp being pushed into a rusty meat mincer.

Foul Decay equals old school Death Metal, played in its meanest and purest form. Let’s cut the crap and come straight to the essence, Foul Decay does not like any form of melody, finesse and subtility. Foul Decay likes to mangle up your psychic well being with blistering Death Metal. The sound that this one man band creates is not easy to digest, at first it sounds sloppy, a bit out of pace and as loose as Elton John’s sphincter after a night hanging out with the lads. After giving it several spins things start to fall in place. Though all three tracks sound very similar they have just the right amount of detail to keep ’em apart. “Mass Vortex of a Rotting Dimension” contains a sick twisted solo, opening track “Grotesque Defilement of a Tenebrious Body” sets things off with a slow, groovy start thus setting the tone for the length of the demo. This isn’t technical, hyperspeed, I can play a thousand notes in one second…This is the stuff that feels right, putting that dark, grimm yet soothing Death Metal mood in your brain.

Now, if you’re looking for music to have some sexy time with your lady or man to, then you have to stay miles away from this four track demo. If you wanna get back at your neighbour for singing along with “Mary Poppins” late at night, kickin’ your boss in the middle leg because he made you do overtime, telling your wife you want a divorce in a subtle way? THIS is just the right stuff to do it to. (Franki_boj)