Fortress of the Olden Days – Verlassenheit 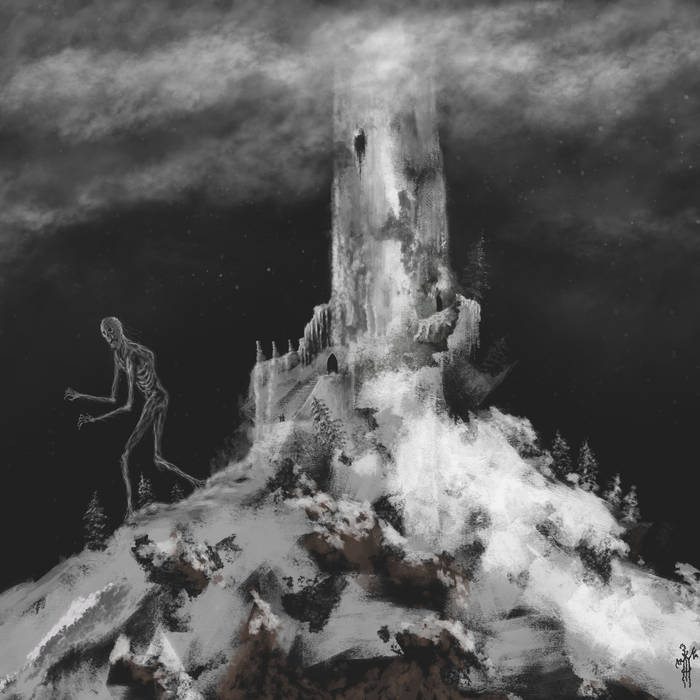 Fortress Of The Olden Days is the musical prodigy/offspring from German musician Stulpert (Zalmoxis, Qualm, A Binding Spirit,…).

“Verlassenheit” (Abandonment) is his second full length, following the 2018 debut “Night of Sacrifice”, a split with Wintaar and a single.

The album itself starts with “Verlassenheit”: a menacing opening riff, that explodes into a barrage of monumental, icy tremolo picking, a cascade of dam buster drums ( awesome bass drum work ) and overlapping demonic bellowing vocals immediately set the mood of this album. Despite its rather sharp guitar sound, at full force, Fortress Of The Olden Days displays a suffocating monolithic sound you’d normally hear on albums, made by Antediluvian, Paroxsihzem, … – who venture more into a realm of Black/Death Metal.

Stulpert serious thought this one through – 3 of the 5 album tracks are well over 10 minutes in length, but rest assured: there’s so much going on in this album, you will feel compelled to play it over and over again.

The label itself describes the music of this project as raw and atmospheric Black Metal. Hymns of archaic, unworldly Black Metal. Raw, but well-produced. Atmospheric, being cavernous at the precise moment.

Apparently Fortress Of The Olden portrays feelings of nostalgia. If so, it is done in an utmost feral way and louder than a thermonuclear explosion.

”Unworldly’ is indeed a keyword in Fortress Of The Olden Days. Black Metal fans, not squeamish of slightly experimental brutal Black/Death Metal, full of bombast, disturbing sonic torment, musical overkill and with the impact of an earthquake really ought to check out this rather unique album. Me? I was totally taken by surprise and overthrown by this dystopian, apocalyptic piece of mayhem.

And limited to a mere 100 copies, that’s an insult to the genre. Get it while it lasts me droogies. (LCF)