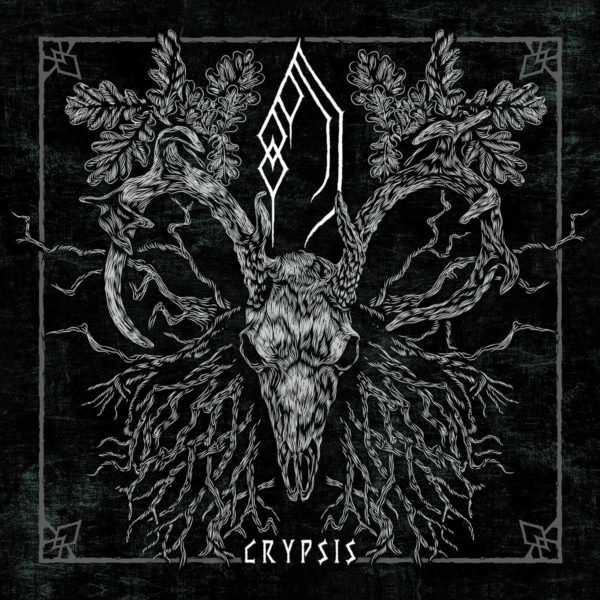 Two extensive and deep themes able of filling any space with the greatest desolation. This is the formula used by Forest of Grey to achieve its recent production “Crypsis”, the debut album of the band. When the Doom Metal began to dye the planet with its gray mantle you could clearly recognize three streams. One was the most preponderant, the one that used elements of Death Metal including growl vocals. On the other hand, there was a line more oriented towards Gothic sounds. The third was the one that founded Katatonia, with Black Metal characteristics, but carried towards ruin, towards heaviness. Sometime later this Blackened Doom Metal began to make its way to extremes such as the DSBM. Forest of Grey is not a Doom Metal band, but it is oriented to atmospheric Black Metal, but when you listen the album, it is inevitable to feel that Doom feeling that was so elegantly performed by Katatonia in “Dance of December Souls”. Elegant is also “Crypsis”, made with much artistic talent.

The first track opens with a melancholic melody on clean guitar to which are added quite creative chords. This ensemble give you notice of what is approaching, without precipitation, taking its time. The accompaniment battery enter after, quite minimalistic, recreating altogether a rather desolate natural landscape. What was approaching becomes reality with the transformation of all the initial melody towards distortion. The guitar arrangements, which are always painful, enhance the hopelessness that Forest of Grey seeks to transmit. Also the tempo changes (towards slower falls) and the use of not totally distorted effects add to make this a very hypnotic stuff. The final part is at full speed, with the characteristic Black Metal drums, but with the same guitar melodies full of pain. A grand finale. It is clear that the creation of this stuff took time, because the level of composition is quite high. Everything is well thought out and put in its proper place. In the second track, which also has an average of 15 minutes, the composition model is repeated in the intro, with clean guitars, less paused but just as tragic. The difference comes in the abrupt entrance full of desperate chaos and screams. However, the marked melody in the guitars is still present, both in the wild parts and in the most rhythmic sequences that are found during the song. The outro of this second and last song is an interesting variation of the intro of the first theme, which closes the whole concept of the album. Followers of Les Discrets, Agalloch or Shining will appreciate this material. (Mario)