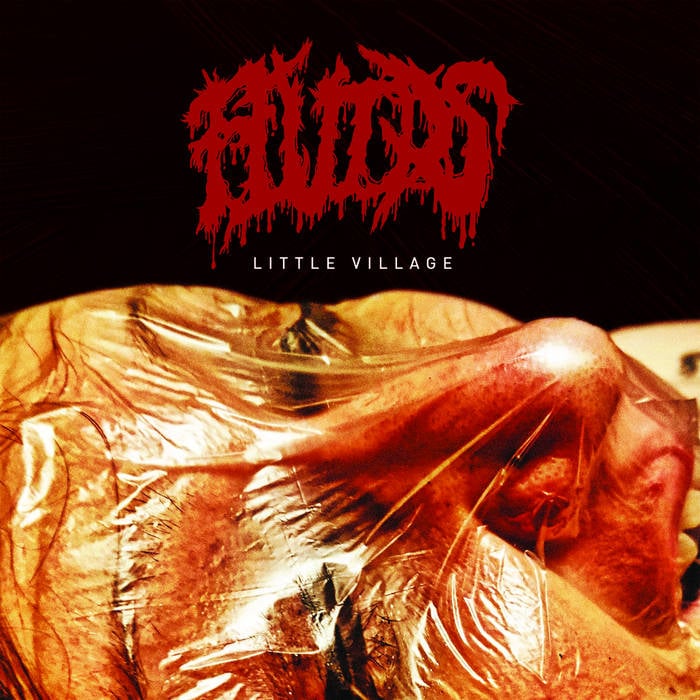 I recently did a write up on the new Molder album over at The Metal Wanderlust and in that review I stated that Molder was one of the few bands that both so-called elitists and normies can enjoy. Well we’ve hit stride this year and it seems like the trend of uniting as an underground community is all coming together because everyone loves this band we’re gonna be talking about today. FLUIDS!

Coming out of nowhere these gore riddled slashers have made a huge puddle that is the murky underground depths hitting, dripping the most putrid layers down everyone’s ears. And what we have here with “Little Village” is a compilation of the bands singles and ep’s along the way. If you’re familiar with the band you’re gonna know all of these but if you’re new let’s go over what you need to know.

The first round of songs are taken from the “Arterial Rift” EP, and “Bagged and Tagged” demo. Giving us grinding Death with ambient 80’s synth interludes and movie clips this is total Mortician worship done to the highest degree that a band can take it. Drums are absolute insanity and Cole Jacobson (Lago) spits rancid boiling hot milk in your ears, decaying them immediately when the vocals start.

I’m not entirely sure where the clips are from but most aren’t from movies but from various events that depect torture and just violence in general and paints a perfect picture of the music at hand. It’s straight up manic, ferocious, and devastatingly disgusting. Gear up for their upcoming EP with more of the same. (ThatAustronautGuy)