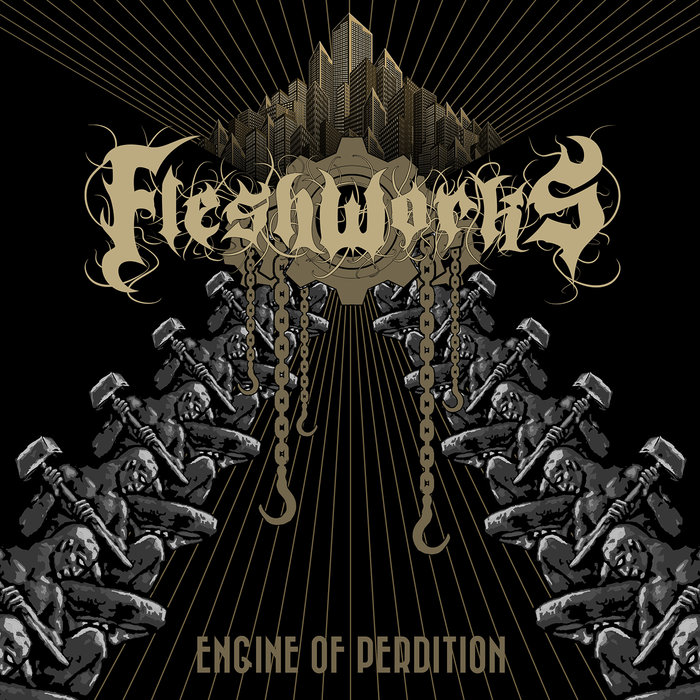 From Osnabruck, Germany come Fleshworks with their second full-length album “Engine of Perdition”. The guys are active since 2008 and what they deliver is a high-quality Death Metal with lots of tempo changes, speedy guitar riffs, melodic leads and the very deep growls of Dirk Frenking. Songs like “Walk the Purgatory Lane” and “Spitting Venom” will surely make your head move to their insane blasting rhythm.

It is obvious that the guys in Fleshworks are very good musicians and know how to play their instruments. The songs are filled with crushing Death Metal energy and furious rage coming from the throat of Dirk Frenking. This is one very good death metal album and hopefully there will be a third record sooner than nine years which was the time between the debut and this particular record. (Zvetan)