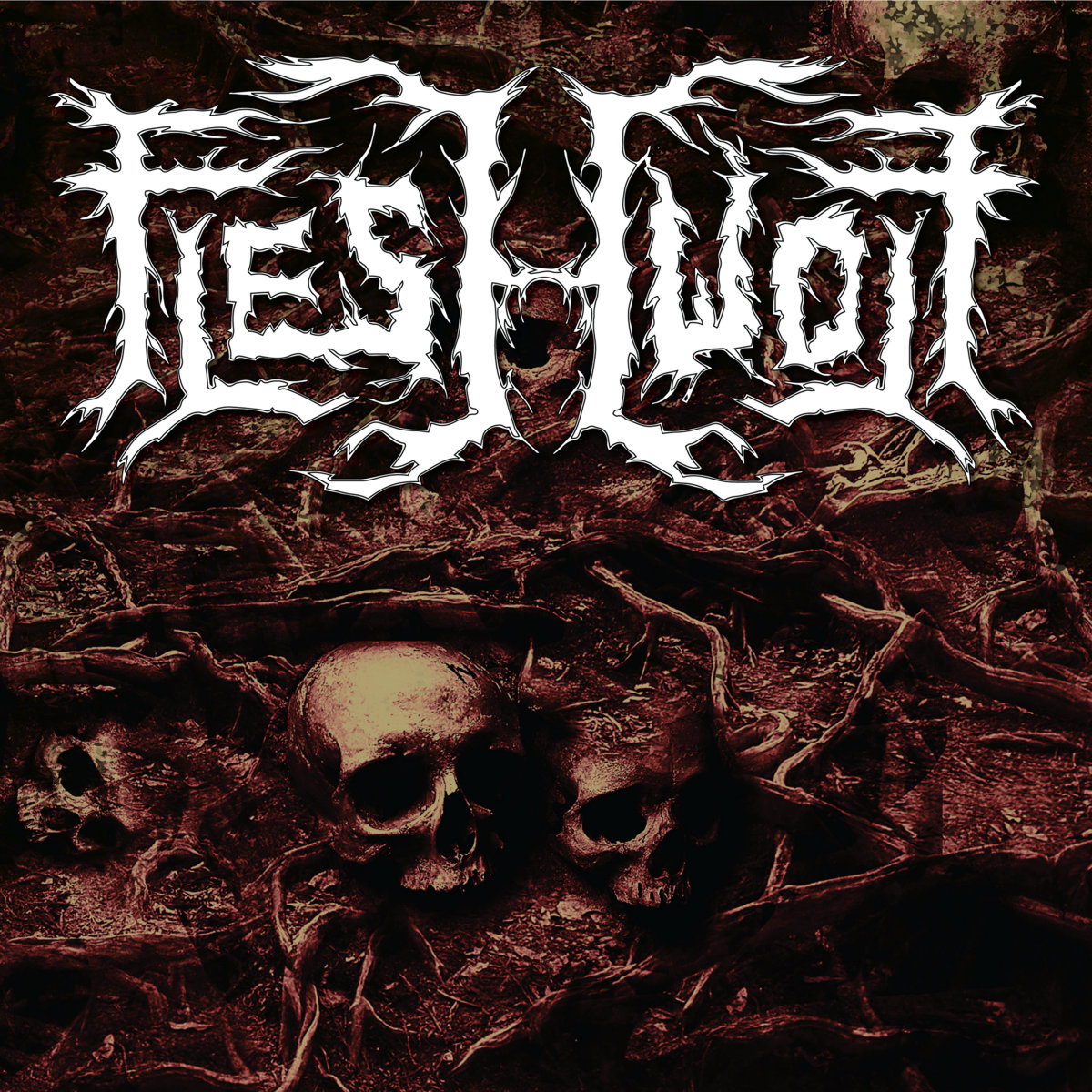 The debut release of Fleshwolf, a straightforward Old School Death Metal one-man band from Northern Ireland with a huge sympathy for the Swedish sound. Although the guitar sound could be a bit more dirtier, Marty Robinson does colour within the lines of Old School Swedish Death Metal concerning the riffs, rhythms, grooves and melodic hooks.

And this all in a more, as mentioned, straightforward technique which results in a more Entrails meets Entombed A.D. playing a version of The Crown’s “Death Metal Holocaust” of their “Crowned in Terror” album. Entrails the hooks, Entombed A.D. the groove and straightforwardness and The Crown part when Robinson shifts into 5th gear.

At the end “Fleshwolf” is a typical album like many which are released the last couple of years; it is a good listen but in the pool of many releases it is a difficult task to stand out. (Ricardo)