Flagg – Nothing but Death 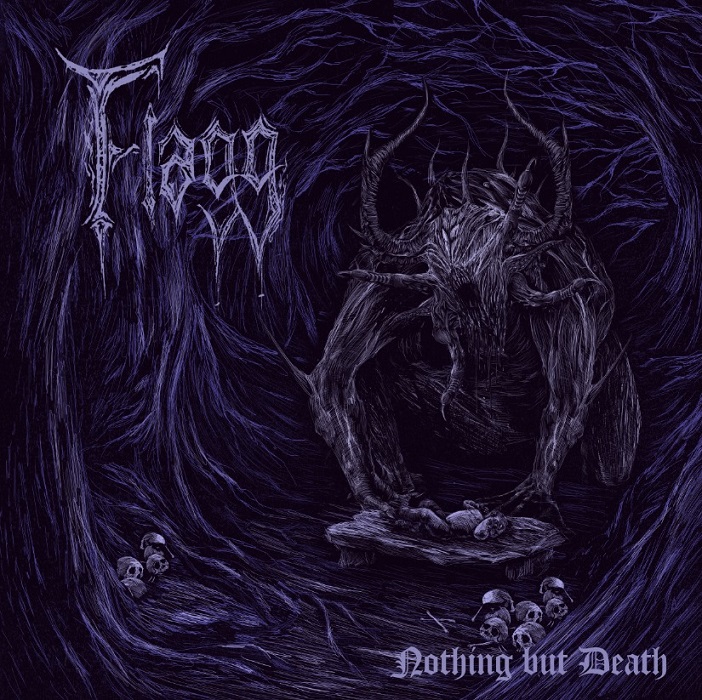 Flagg are a relatively (unknown ?) Black Metal band from Turku, Finland. However – the two musicians listed, Flagg & Tyrant served in bands such as Kalmankantaja, Malum and Annihilatus before, so one could say they’re seasoned musicians.

Flagg play a potent mix of explosive Finnish Black Metal, infusing their sound heavily with elements of Grindcore, Thrash Metal and even bastardized Doom Metal in the slower passages. Vocals are screamed and utterly demented whereas the rest of the music is a juggernaut of ground shaking Black Metal eruptions.

I’ve read somewhere that Flagg strive to play DSBM. If that’s the case than they’ve added so much more to the genre. The unsettling keyboard passages, the more epic spacy slow parts and the tormented vocals: they fit in the DSBM genre but here they come with unprecedented heaviness and gloom.

The entire album bathes in this sick, creepy, desolated apocalyptic sound. The production is flawless and after spinning this album a couple of times, it begins to dawn why Purity Through Fire signed them up for a release. The twisted rhythms, the eccentric riffing and the energetic drumming – I haven’t been bored for a second. An awesome album to my standards.

Fans/freaks into extreme DSBM need to check out Flagg. And those into sick, twisted and gloomy Black Metal can grab a copy while they’re at it. (LCF)