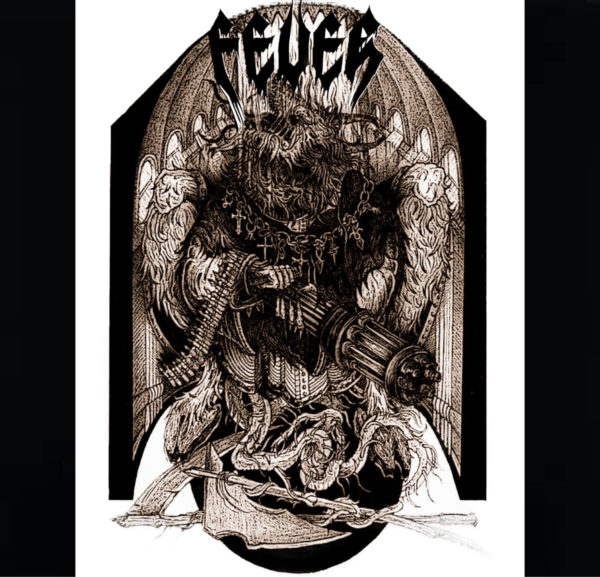 Fever is a four-piece Black/Death band from St. Louis, Missouri, which formed back in 2015. So far, the band has released one demo and a split with Seges Findere. The release in question offers four tracks of militant Black/Death metal (aka War Metal) with nuances characteristic to bands like Arkhon Infaustus, Hell Militia, and Black Witchery. However, the band does not strike me as a cheap imitation, but rather as a hellish concoction of their influences, imbued with a murderous spirit that far too many bands lack nowadays. The songs are rather roughly recorded, but eminently well-executed. The lads behind Fever appear to have a penchant for sharp, bulldozing riffs and emphatically sick vocals, which as a result, conjures a profoundly morbid atmosphere.

My only qualm would be the programmed drums and lack of guitar solos, but I can forgive them for that since this is their first release and basically a demonstration of what they’re about (and boy, do they get the point across). Fever gets points for having a cool name, and it suites their music to a tee. The whole experience of listening to this demo is equivalent to being subjected to a soul-churning, agonizing fever (pun intended), but in the best way possible. Overall, if you have a propensity for deliriously violent and blisteringly fast Black/Death metal with a sort of subterranean feel/production, then this is unequivocally for you. (Jimmy)