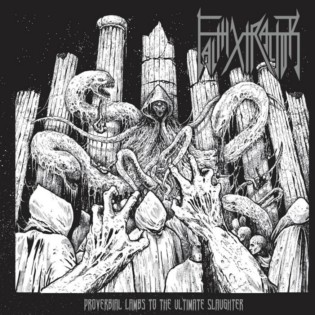 Long running US Death Metallers Faithxtractor return with their latest album. I definitely wasn’t tentative heading to this slaughter. I was more than happy to jump right in. After a short intro the band starts rolling with a more mid tempo melodic riff before exploding into the savage death metal sound you expect from the band.

Riff upon riff upon riff, these songs are well constructed and some of the sharpest riffs I have heard in a long time. The opening track “Death Deserving” hits on so many different styles. All out blasting, thrashy dive bomb laced guitar leads, slower blackened sections. It’s a whirlwind of heavy sounds coated with throaty vocal roars and it is pulled off perfectly. The experience of the band shows ten fold in the songwriting. Saying this is expertly crafted would be an understatement as the flow and feel of the album is second to none.