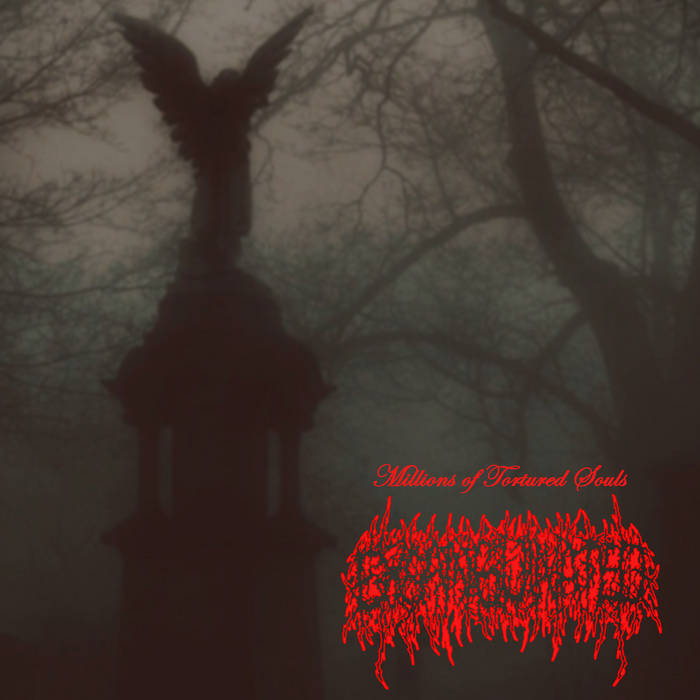 Attention spans are way too short to invest into hour long LPs, hell even 20 minute EPs, but lucky for us, New York based Exsanguinated, invest merely nine minutes off their debut two track demo “Millions of Tortured Souls”.

A term that means to drain either a person, animal, or organ of blood, this quintet features members of Stabbed & Bowel Erosion, together generating a chambered nefarious sound with rudimentary groove in their structure, easily a memorable demo if you’re a fan of classic albums such as “Last One on Earth” (Asphyx), “Mortal Throne of Nazarene” (Incantation), & “Musta Seremonia” (Rippikoulu), or favor contemporary acts such as Spectral Voice, Tomb Mold, & Krypts, then this is right up your alley!

Cover art photo by James Dawson, nebulous image of an angel centerpiece surrounded by the dead trees, gives off an ominous funereal vibe corresponding with their sound. Production quality is organic & reverberant, thick impenetrable riffs & drum work to stimulate your earlobes with those murky bellows delivered from Big Will, a colossal arrangement that’s lethal.

“Millions of Tortured Souls’ ‘ demonstrates previously mentioned with mid paced tempo, hearing all these layers give off an atavistic, chasmal hellish demeanor. “Demon Infested Tomb”, building trepidation with a hair raising opening within first 1:15, followed by ejecting demoniacal roars accompanied with treading haunting rhythm, as if walking down a dark corridor leading to a bludgeoning percussion assault implemented by Sam Shereck towards the cessation of the track.

Pissed because there’s not more to hear, but impressed with their mix of styles showing aptitude they can carry out moving forward with (hopefully) future releases. (Tori Belle)