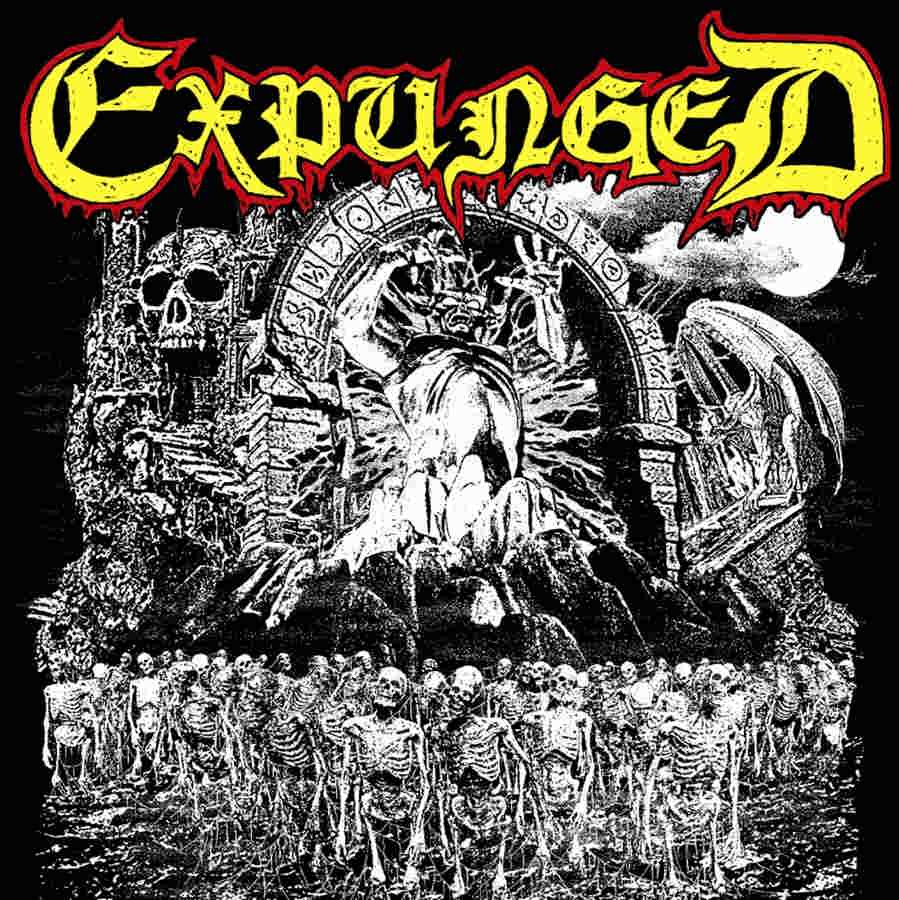 Just formed and already 2 demos and an EP, alright…alright, one of the demos was a promo for this EP, but still there are lot of bands who are less active. Expunged from Canada has Jo Capitalicide within the ranks, although Expunged is not his brainchild, whose name you will find in the more Speed Metal oriented bands liks Ice War and Aphrodite, although he has his share of Black/Death Metal acts as well.

With Expunged mr. Capitalicde, or just plain J.S. on this release, went Old School Death Metal, with a punkish and grinding twist now and then. A bit like the old riffs of the Swedish Scene ala Nihilist along with the stomping UK grind scene, let’s say old Napalm Death or Bolt Thrower’s “In Battle there is no Law”, along with the pounding Benediction and Bolt Thrower after “In Battle there is no Law”- groove. Especially “Dark Age Crusade” has that huge Benediction / Bolt Thrower vibe going on.

I think I mentioned enough classicks to make you move…(Ricardo)