Exoto – And Then You Die / The Fifth Season 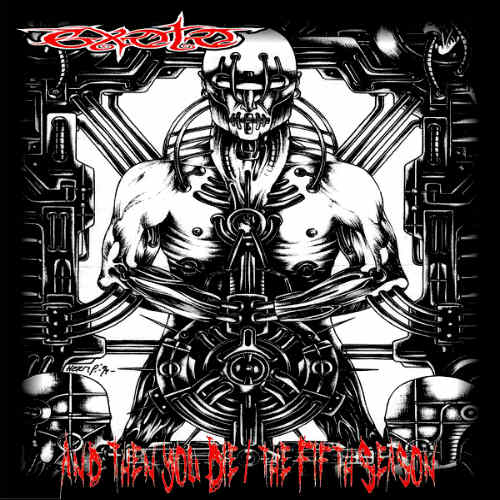 For the collectors among us who don’t have the demos of Exoto in their collection, I present you the compilation “And Then You Die / The Fifth Season” released by VIC Records. It contains the 6-track “And Then You Die” demo of 1991, the 4 track demo “The Fifth Season” of 1992 and 5 tracks of the “Waiting For the Maggots” live tape of 1990. If you are not familiar with Exoto, it is a Death/Thrash band from Belgium and released 3 demos, a 7” EP and 2 full-lengths before they put the band to rest in 1996. In the mean time they have reformed again and released an album called “Beyond the Depths of Hate” in 2014, which is a compilation of rerecorded old tracks and a couple of new ones.. But back to the early days; as said Exoto played Death/Thrash with a twist. It’s not full speed ahead all the time and hacking riffs all over the place as there are lot of pace changes and unexpected turns of events during a track. Although I have to say that the “The Fifth Season” part is more straightforward and common Death/Thrash than the “And Then You Die” part. (Ricardo)