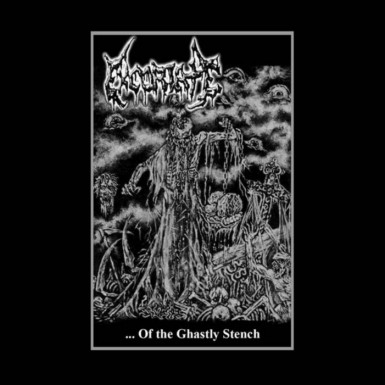 Chile seems to have a huge amount of bands right now, most of them being killer. One of them are Excoriate (not to be confused with the Germans). First thing I recognized while listening was the raw production. Everything is a bit thin, as if it is recorded on 4 track recorder (not in a negative way). The music itself is made in an old way too. The singer sounds like a deeper, cavernous version of Pete Helmkamp of Angelcorpse. The riffs are very Morgoth-like with a dose of Asphyx on the slow passages. There is a lot of Dutch death metal in it. The solos are more than average and a really enjoyable change to the dark morbid riffing. I think Excoriate are on a good way. More of this with a slightly upgraded production could lift them among the bigger bands in the underground. Give it a listen. (DPF)