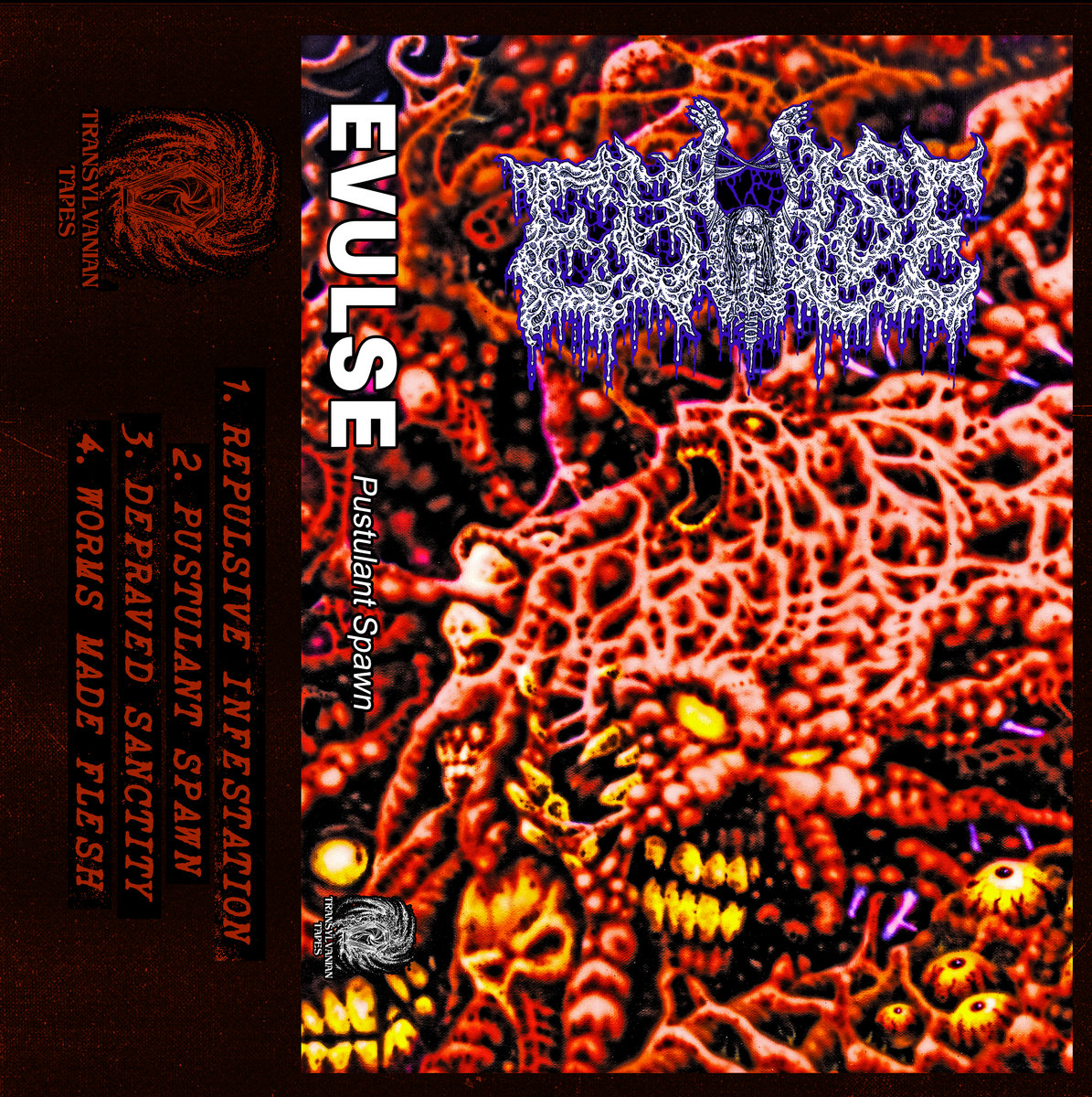 Continuity flows yet again on VM, and this is always a good thing. I had the pleasure of reviewing the first Demo from Evulse “Call of the Void” back in eighteen dickety six (well, 2018, seems that far off now with all that has happened since then), and did I like it? For the most part, yes, but to shamelessly quote that review –

“I really wanted to like this a lot more than I do. Yes, on a level of bat shit craziness this will work for some, and for those with very little attention span who just wanna drop names and say they are into the latest underground shit it may also work, but for me it just doesn’t cut the mustard so to speak. There is a great deal of promise here, but if they release another it needs to be more of a statement of where they are going and not just what seems to me like four tracks thrown out unto the masses to test our readiness. Yes Evulse, you have both the ability, and the talent, and I do believe the direction, so please make the next release a bit longer, a bit more solid, and make us believe. I so want to, we are ready.”

So now with their release of their second Demo “Pestulant Spawn”, the question has to be asked, have they met my cuntish expectations? In all reality I am not even a musician so how dare I question anyone having a go? The answer to that is a twofold beast. I may not be a musician, but I am a huge supporter of those around me that are, and as much as the humble reviewer (or those proper wankers that think they know it all, like me) may like to think they make a difference, that is also subjective. So enjoy the statement above, and then read the following statement that I will no doubt regurgitate when they release their next one.

“I really liked this a lot more than I thought I would. It seems that Evulse have upped the proverbial ante in every way shape and form possible.They have stuck to their original idea, fleshed it out by another near four or so minutes, and made the whole fucking thing HAVE a direction, they are showing more of what they are capable OF, with their ability and talent. It is magnificent. Now I await their first full length. Make it so guys, THIS is the kind of shit you were born to do!”