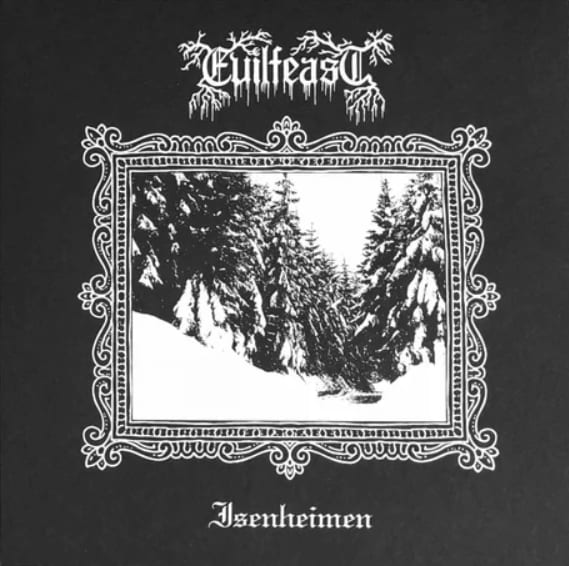 Yes, I’m aware I’m a bit late with reviewing this EP as it was originally released in 2018, but I’ve read Amor Fati Productions keeps on repressing this release so it doesn’t get out of stock. The right moment to let you know this should be in your collection too, if you are a fan of Atmospheric Black Metal with a good hint of Ambient-like Synth.

The original recordings were used for an split with Marblebog that was released by Alles Stenar and Hammer of Damnation in 2008 and it seems that split is popular as well as Hammer of Damnation re-released in 2018. The alliance of Amor Fati Productions and Skjold decided to re-release the songs of Polish Evilfeast solely and added the cover of Infernum’s “The Ancient Order” that was recorded in 2013.

GrimSpirit manages to create a beautiful trance under a starry sky with a track like “Dawn of Winter”, that brings you into a dreamy almost floating world and transforms it in an icy and foggy blizzard when the Black Metal kicks in, yet the synths definitely has its part during the Black Metal tracks as well. The music sounds hazy yet atmospheric fierce and to keep the vocals a bit back in the mix emphasise the dark wall of sound without creating any kind of chaos. The variation in riffs and melodies as well as pace gives the listener the feeling the long tracks aren’t long at all…you’re just absorbing it.

Top notch material and I can only advise you to check out all Evilfeast’s releases if you haven’t already. This one is going on repeat… (Ricardo)