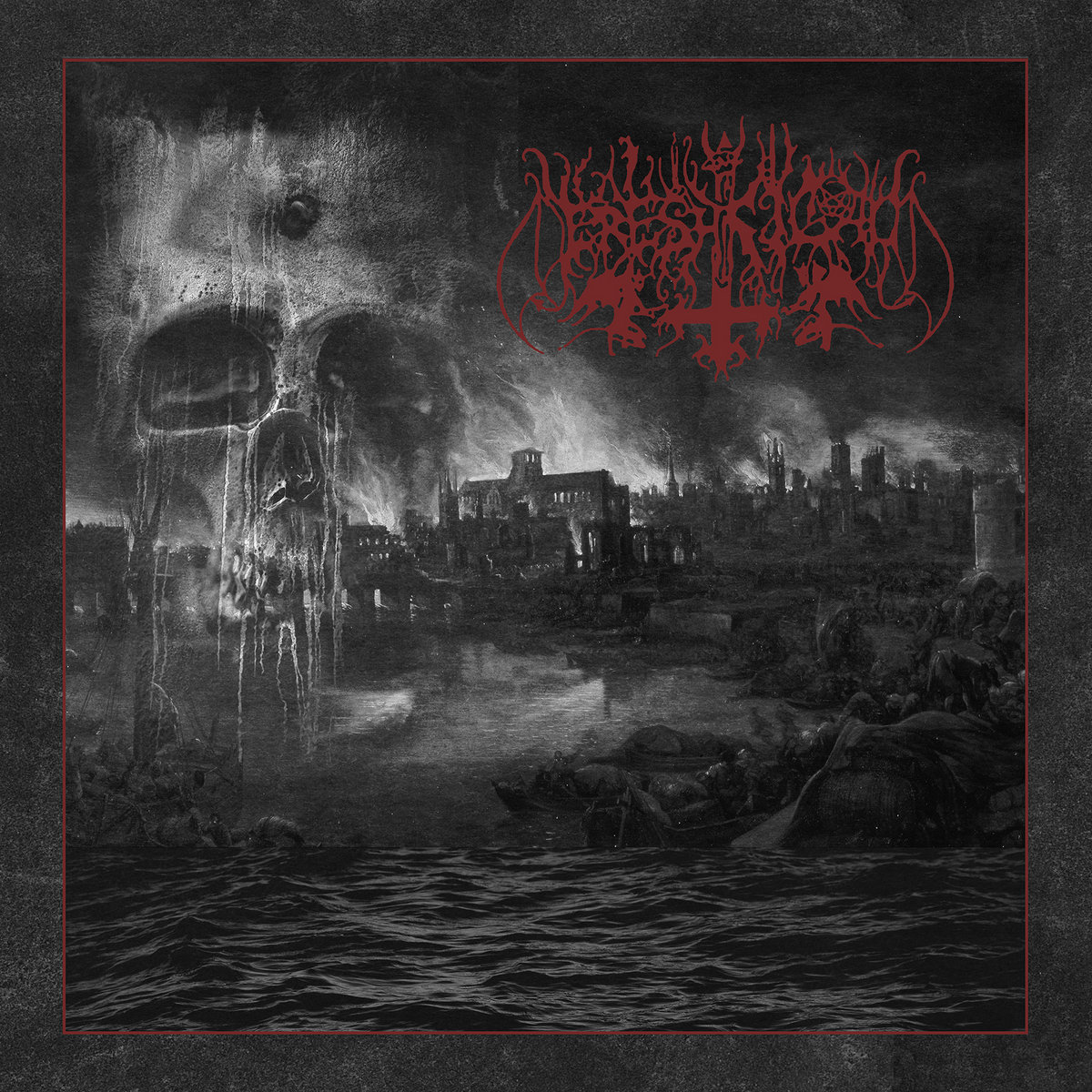 What brought us here: music, art. The 31st of October brought this collaboration to light, and how beautiful it is.

We are welcomed by the Mexicans, with their sound so full of melody and aggressiveness, so 90’s? Yes, no doubt. But not only. Do not be scared, not an ounce of modern Black Metal, so to speak.

The first song – and allow me to mention that I do not know the name of any of the songs – is a dissertation on good melodic Black Metal! Huge riffs, a drummer that coordinates and commands, never forgetting monstrous beats (Marganor Bestial Invocator, the only original member of the band… an anchor). Also in this song, it is worth mentioning a delicious break that occurs roughly halfway through it: apparently, so simple, but the dimension it brings to the music is tremendous. From Ereshkigal we are entitled to 3 songs, 3 classic Black Metal pieces, and enough melody to balance the end product (for me, at least). We move from Mexico City, and the bustle of one of the biggest metropolises in the World, to peaceful Ourense.

Let us go from a harsher Black Metal, to a Black Metal closer to the ancestral roots of a people, an aroma of Folk hovers in the music conceived by the Galician collective. Like the Mexicans, Xerión also suffer from this “evil”, from the fact that the public, essentially the younger age groups, tend to be more likely interested in something more recent – both in sound and in the date of creation – ignoring these shiny pearls. Xerión is one of those collectives that I have always considered brilliant. Whether because of the real quality of the music they create, or because I feel they are a little mine, given my Northern roots in the region of Bragança!

The sound of these Galicians is similar, to some extent, with various groups that are inspired by the ancestry of their homeland. It is that Folk with heart and content, reminiscent of medieval and archaic melodies. I think the Intro is, to some extent, a good example not of the sound the band makes, but of the source from which it drinks and creates. The constant image of the Galician forest, such a cliché in Black Metal, but that here acquires almost esoteric dimensions, such is the connection of this collective with Galician Nature. From then onwards we are offered the creation of Xerión in its fullness. (DanielP)