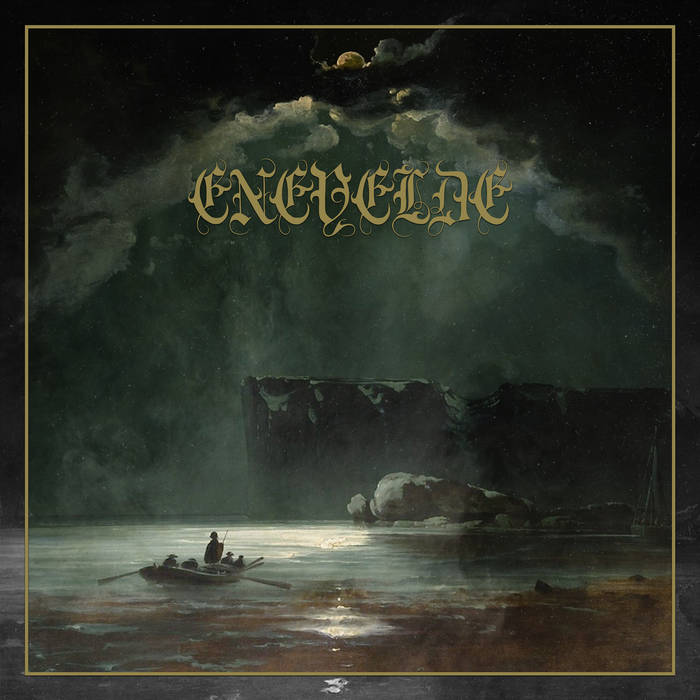 Located at the Trondheimfjord lies the city of Trondheim. Once the capitol of Norway and the centre of the Norwegian Vikings, Trondheim is nowadays the third largest city of Norway behind Oslo and Bergen. Home to the nearly 1000-year-old Nidaros cathedral, it is also known to the Black Metal affiniciado as the homebase of one of the most prolific and high quality Black Metal scenes the world currently has on offer: Nidrosian Black Metal. Often under the label of the local Terratur Possessions, bands like Kaosritual, Mare, Celestial Bloodshed, Whoredom Rife and many more have spread the Nidrosian Black Metal art to fans across the world. One of the more recent representatives from the scene is Misotheist, whose self-titled debut was received with great acclaim. As the follow-up `For the Glory of Your Redeemer’ was in the process of being finalized, vocalist B. Kråbøl sought for a vessel to unleash the material brewing inside him that didn’t quite fit the Misotheist banner. That project is Enevelde (which translates to absolutism or autocracy), whose self-titled debut album saw the light in 2020.

Gracing the cover of `Enevelde’ is the strikingly beautiful romanticism painting `Fra Nordkapp’ (`From North Cape’), painted by the Norwegian artist Peder Balke ca 1840. Further references to classical paintings can be found on the inlay of the album, which contains a cutout of the painting `Young Man with a Skull’ by the Dutch Golden Age painter Frans Hals. Against the backdrop of these pieces of art, B. Kråbøl paints his interpretation of bleak Black Metal. In contrast to Misotheist, the music of Enevelde is much more minimalistic and often at mid-tempo, although changes of pace are carefully placed to keep the listener on their toes. Two guitar parts are often intertwined; one minimalistic riff that paints the atmosphere, a background chord arrangement that creates a contrasting emotion. The thick bass sound further enhances the darkness, but it’s the intensely bellowed vocals that truly get under your skin. The result is an unsettling yet fascinating experience, that sounds somewhere like Manii without the keyboards and with more up-tempo drums mixed with the ominous atmosphere of for instance Knokkelklang.

Although considered a one-man project, there are some collaborations from members of the Trondheim scene that can be found on the record. M. Hellem from Martyra plays bass and has provided the intro for `Daukjøttet’ (which translates to something like `The Dead Meat’), on which Nosophoros of Mare, Ritual Death and Dark Sonority fame provides guitar solos. This is a hypnotising track in which the guitar parts are more complementary to each other and a sense of melancholic dread lingers throughout the track. On `Irrgangen’ (`The Blunder’) we find Katechon drummer T. Kråbøl behind the kit, which results in a slightly more dynamic song that still manages to capture the dark trance-inducing atmosphere of the album. Whoredom Rife vocalist K.R. can be clearly heard on `Forringelse’ (`Deterioration’), a track featuring an eerie melody that is most reminiscent of the Manii material stripped of the layers of effects. One final vocal contribution is mentioned for a F. Løberg (possibly Frank Løberg from Nexorum?), but it’s not entirely clear where he can be heard. Possibly on opener `Kroppens Mani’ (`The Mania of the Body’), the captivating opening track that sets the dark tone for the entire album.

The creative energy of the Nidrosian Black Metal scene remains fascinating. One amazing band after the other spawns from the Trondheim area, expanding on the sound of the scene. While Misotheist and Enevelde share the same creative mind, both bands can easily coexist and complement each other, further enriching the scene in their own unique manner. For certain B. Kråbøl has conjured another seriously sinister and unsettling piece of Black Metal with the creation of `Enevelde’. (VincentP)