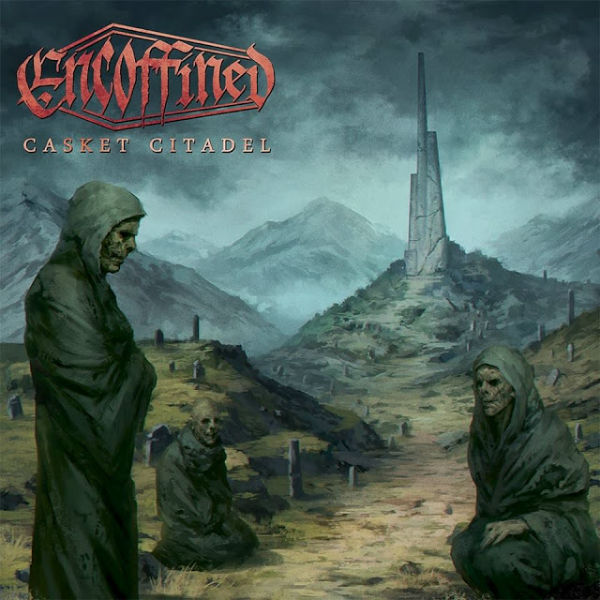 Death Metal from Argentina with quite some Swedish sauce over it, the Old School way. After an self-titled EP and their debut full-length “Enclosed in a Coffin”, which are both released in 2015, both Encoffined and Disembodied Records combined their forces to unleash the second album “Casket Citadel” to spread Death and Doom among the world.

Encoffined are inspired by the 90s Old School Death Metal scene, be it Swedish or any other North-European scene which has a hunch for groovy mid-tempo Death Metal, but while they have the right sound for it and some have good ideas, I don’t think this will create a buzz or something like that. Although “Casket Citadel” is decent and has variation in pace to keep it interesting, this will not stand out in the crowd of nowadays-releases. (Ricardo)