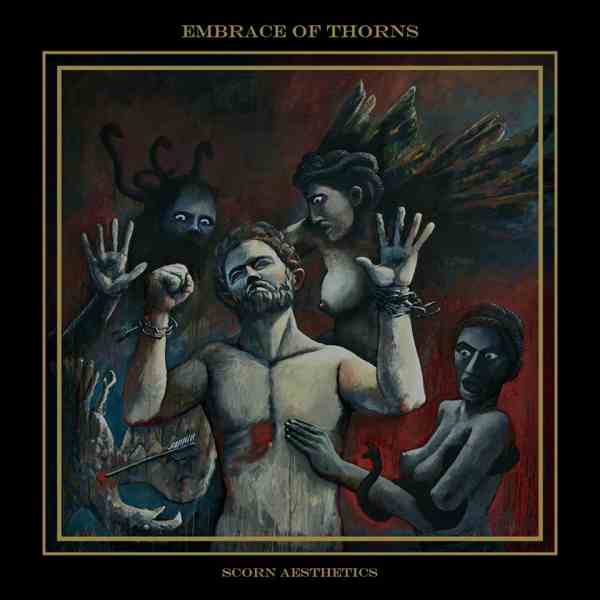 Greek`s Embrace of Thorns needed a 4 years break from the last album before unleashing “Scorn Aesthetics”  to the masses. But it is worth the wait since the band was able to produce their best sounding, most catchy and atmospheric release ever. Combining straightforward singlepicked Death Metal riffs with powerchord shredding Black Metal madness and tons of mid-tempo groove to give it the headbanging factor between the blast eruptions, Embrace of Thorns strikes once more. If you like some Craven Idol, Vanhelgd and a dose of Destroyer 666, then this is for you. The samples spread throughout the album give it a nice change although it`s nothing new here. I think this time the songs have more variation than ever, giving some extra time during the slower, more atmospheric sections. There is still enough brutality, even If I must say that variation and atmosphere reign supreme here. Excellent job by every member here and according to me a step forward to an own sound. (DPF)