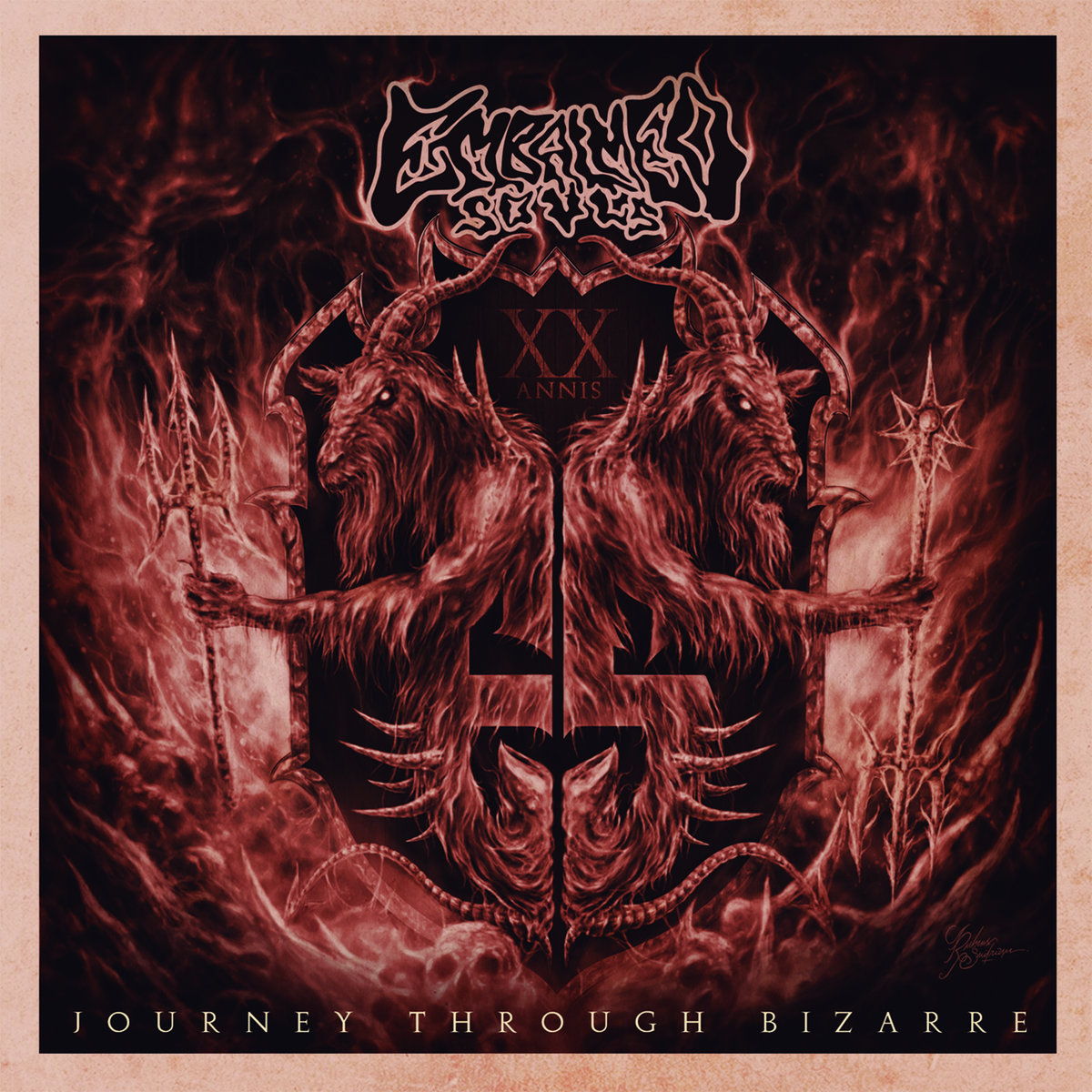 “Journey Through Bizarre” could be called one of the jewels of the pure Brazilian underground. Yes, Brazil is a country of great bands that have made world fame, but within its underground also has cult bands and Embalmed Souls enters this list. Reason enough for this demo has been reissued recently.

Disgustingly great as Autopsy, this demo is full of ultra-heavy parts that are based on a minimalist drums where atmospheric guitar arrangements settle (and with a great technique), but suddenly everything changes and the repulsive speed of the old Death Metal enters. No, there’s not much to say about it: if you love Autopsy and you have not heard the old Embalmed Souls, they’ll convince you right away.

Dark, morbid … these are two words with which we can define somehow the demo, originally made in 1997 and marking a very high point in the musical career of the band. From the beginning it catches you and no second tires you, that is why it was so well received by fans of underground Death Metal. But let’s not make mistakes: sometimes when talking about underground, you usually make the mistake of thinking about artisan sound mixes, raw compositions, etc. No, Embalmed Souls goes the other way. Its Death Metal is direct and every note executed is very clear. Musically they are absolutely interesting, with great parts both in execution and in creativity, despite being in a segment of the style where there is not much to invent. They are fucking geniuses. (MarioR)