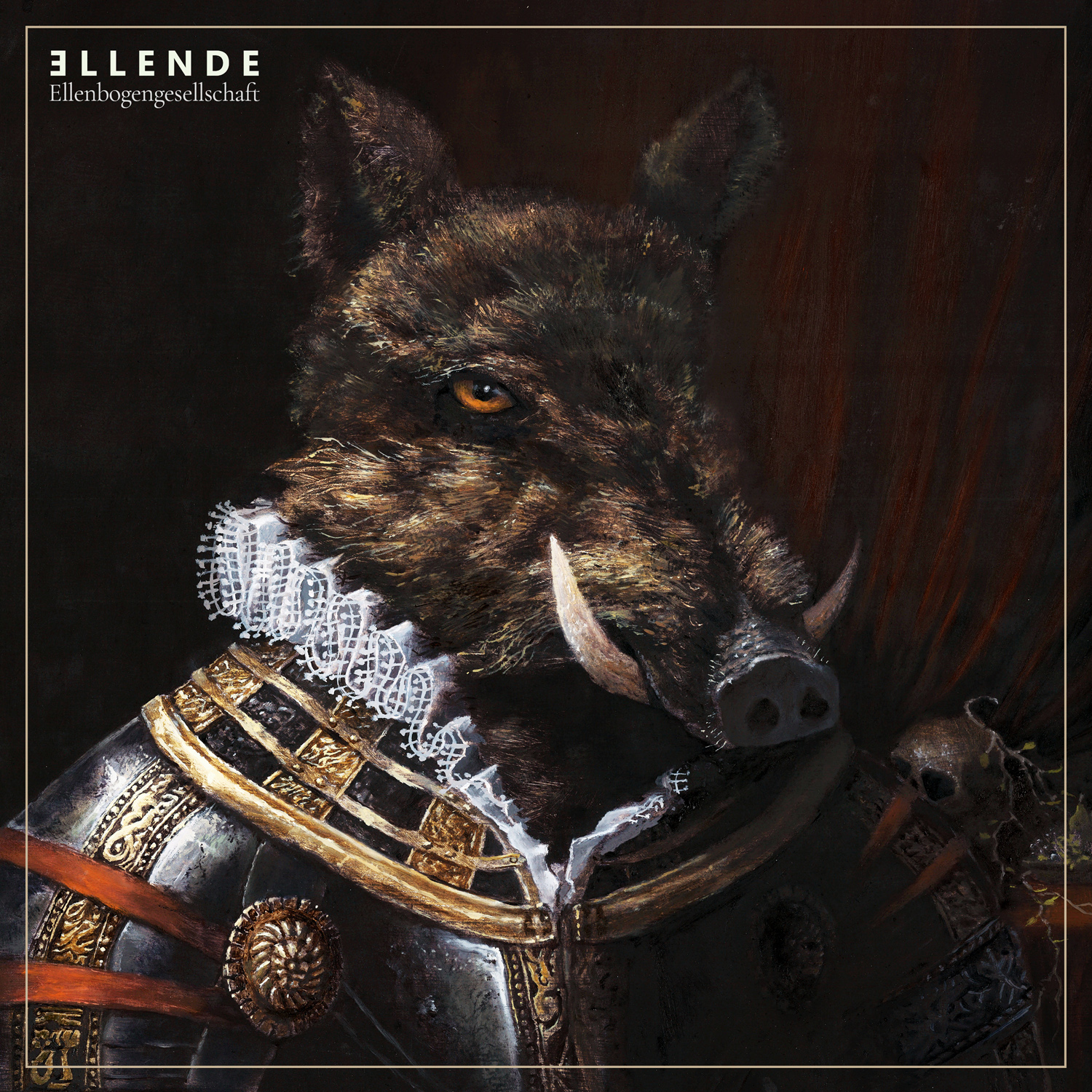 Ellende has been an intriguing project. Ever since its inception in 2011 by L.G., then being only 20 years of age, the project has reflected its main man’s innermost thoughts, emotions and (musical) visions. This led to a musical diverse vehicle that over the years have seen a rather interesting development. Not so much in musical intent, but even more so when it comes to compositional and creative abilities. In fact, listening through the bands’ discography you grow along and get dragged into the world of Ellende.

Ellende, by the way, is an ancient German adjective and means “being exiled from the country”. In modern German ‘Ellende’ does sound like ‘elend’, which means ‘miserable’. And, as being Dutch myself, I can also say that Ellende has a bit of the same meaning: ‘misery’. Coincidentally, both explanations are quite applicable to the musical identity of Ellende.

Although Ellende and its output has often been labelled as a Post-Black Metal band, I do not feel like this is right up that alley. Post-Black Metal is pretty much a hollow phrase that is mostly used to dump anything in that sounds remotely more diverse than your regular Norwegian-styled Black Metal record. And as opposed to many bands that get labelled Post-Black Metal, Ellende does have more bite and crunch. It does have that ancestral, almost Pagan-like Black Metal sound, but it might feel a little exiled from the basics of Black Metal as it has lots of gloomy atmospheric elements and acoustics added to the music so it sounds very dynamic and melodic. It might even sound a little close to some bands that get labelled as ‘Cascadian Black Metal’, another pointless tag. People tend to forget that early classics like Ulver, Satyricon and Borknagar used loads of the same ingredients to blend into their iconic first albums. About a quarter of a century ahead, Ellende propels that same blend into a mesmerizing whirlwind of emotions. Still, the Black Metal is fierce and proud and has enough punch to please the Black Metal aficionado. The riffs are ingeniously woven together, they sound primal and refined at the same time. Truly a breath taking piece of work in which not much is shunned, even a bit of shoegazing in ‘Someday’, but it never gets into Alcest-levels of mellowness. The heavier and sharper Black Metal parts are always still pretty much the bands’ bread and butter, but it does take the listener to many an adventurous trip and if you do not shy away, it gives you a tantalizing experience.

On ‘Ellenbogengesellschaft’ L.G. takes you on his wild ride along all his musical ideas, but he also gives you some insight into his perception of the world in which art seems to play a major role. The artwork is also rather a-typical, the boar in something that looks like an outfit of a Spanish conquistador. It might reflect the contradictions in life, between the poor and the elite, the hunter and the hunted. ‘Ellenbogengesellschaft’ translates to ‘Elbow Society’ and reflects todays Western society in which individualism tends to be the new norm. If you watch the promo video for ‘Abschied’ (‘Farewell’), you see a woman who takes care of her sick father in a simple house in the mountains. His health is worsening visibly, but he stubbornly keeps on taking his mountain hikes but eventually the inevitable happens. The title and the message of the video seem to be an indictment against the increasing individualization of society. Also musically that contradiction between all blended genres shines through and somehow seems to fit both the title, the artwork and the emotional promo video.

In the end, the metal genre, and music in general, is no segregated world in which all different genres only coexist seperately. In fact they blend and merge together all the time, that was how the metal genre appeared in the first place. Ellende is just a perfect example of how new things can emerge out of tried and tested formulas being put together. ‘Ellenbogengesellschaft’ is just a comprehensive and musically colourful experience that offers a challenging listen to anyone who likes their music deeply soulful  and at the same time progressive and energetic.