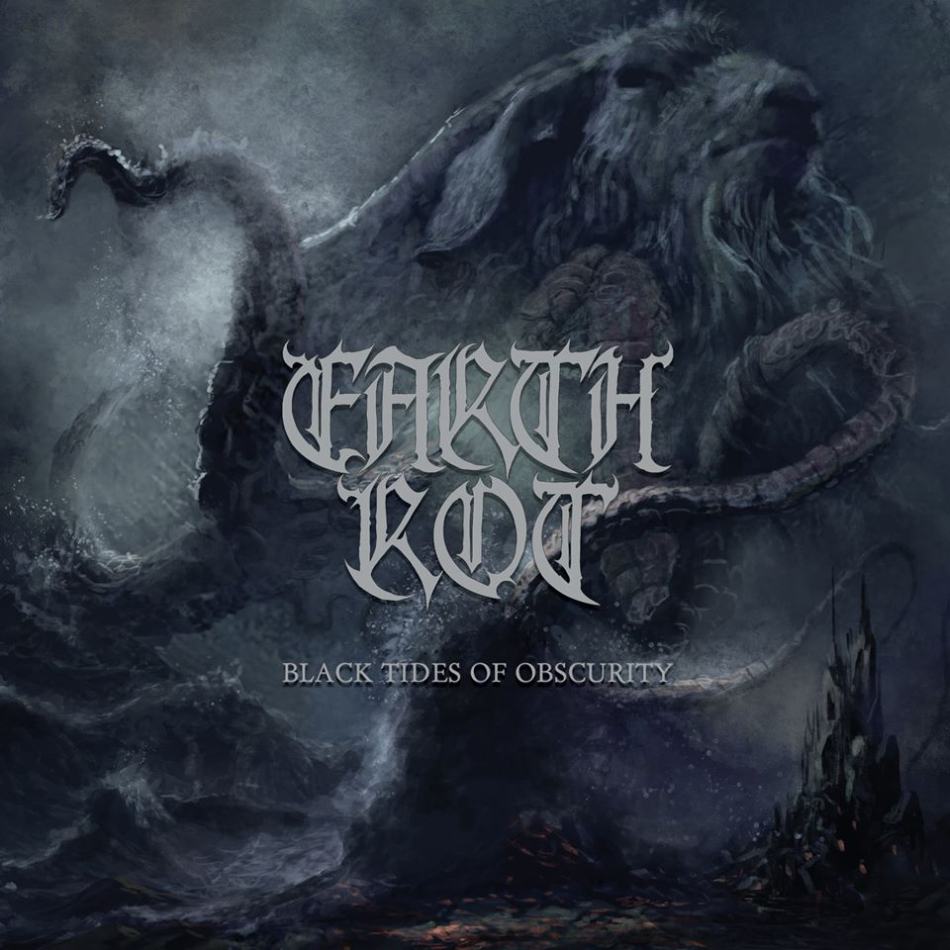 There are moments when it´s difficult to find the right album or band to listen to. If you ever had to choose between Grave, Emperor or Behemoth, here would be the solution; Earth Rot.

With their third record “Black tides of obscurity” the Australian quartet offer us a huge variety of pure Extreme Metal riffs of a very high quality. The sound sometimes reminds me of one or the other old school Stockholm-defined Swedish Death metal album, but only in terms of production. The tracks blast with furious Death Metal with a nice proportion of Black Metal. Apart from the diabolical passages and the tremolo picking Black Metal guitars, every song has its own groove. This makes every song interesting and unique. All the above only applies to the first nine songs.

After these nine tracks of furious Blackened Death Metal the record ends with “Out in the cold”. Track number ten is demented acoustic bluesy rock song. The jamming guitars combined with the raspy vocals gives you a chance to sit back and think about the blackened carnage you’ve just listened to.

And it´s a carnage worth listening to. (HaCeBo)