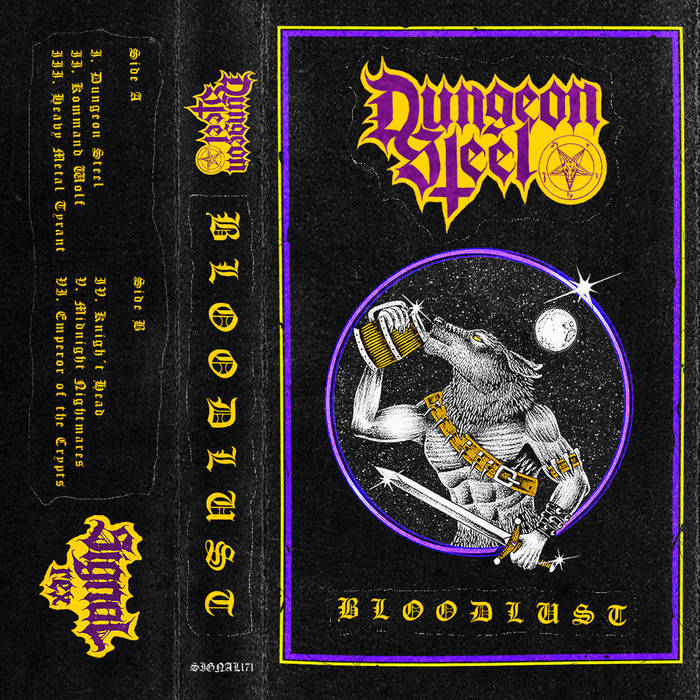 Artwork is important, and I just have to respect bands that use their cover space wisely. No…one cannot or should not judge a book by it’s cover. With that being said, when I see a mostly naked wolf drinking a tall mug of beer while holding a sword, that artwork is telling me “hey, you need to at least check this out.” Sometimes, awesome low budget covers like the one described have disappointed this listener in the past, but not this time. I will verify that the front picture tells you what to expect from this Ecuadorean Black/Speed Metal outfit. The first track was only an ambient track that lasted for three minutes, which is basically the average running time for every song on this release. The vocalist sounds as if he is in the background with his raspy voice, which actually fits the music being lain down.

Once the music actually begins on the first actual song “Kommand Wolf,” nothing new is heard, yet there is no foul in this, aside from the sound at first. However, while the sound quality felt a little jarring in the beginning as is mostly the case with newer projects getting their feet wet, once the guitar solos really started going, any actual complaints regarding this particular demo-ish sounding EP instantly vanished. While the drums are solid for the Black/Thrash/Speed genre, the solos are really where this project shines, especially when the solos are done, and the vocals start raging in the background again.

Overall, this was a really fun release to listen to a few times. For those specifically looking for Black Thrashing Speed, this is certainly something to check out as this release has a lot of heart. However, if you are looking for something new, then I must urge you to look elsewhere as this band is not attempting to reinvent the wheel. No, these Ecuadoreans are just looking to have some fun and thus they accomplished their mission. At the end of the day, aside from the intro, there are only five real songs on display. With the intro track, this will total to just over 20 minutes worth of music for any eager ears wanting to listen.

This EP is definitely recommended for fans of primordial sounding Thrash/Speed Metal. One song I highly recommend on this demo is “Midnight Nightmares” as this track really showcases Wampyric Strigoi’s vocals as there are some oddly clean vocals in here almost reminding me of Mayhem’s De “Mysteriis…” album Sadly, it looks as if the guitarist, Vrolok, has recently passed. R.I.P., my friend. Hopefully you are not forgotten. Time can only tell if this project will have more for our ears in the future. (Old Man Stares)