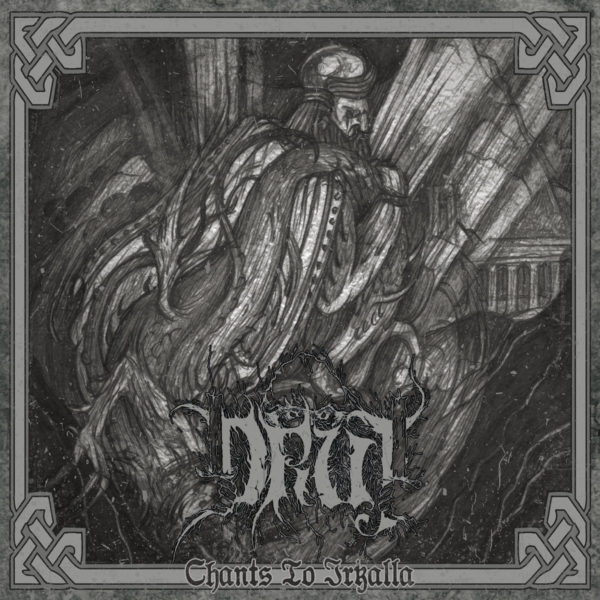 Demolishing. Druj is a US band dedicated to the dreadful, obscurantist Death Doom Metal. For this first album it seems that the band was submerged in the underworld in search of the most dissonant melodies possible. With these they have put together a very solid material that proposes at every moment an existence between shadows and anguish. Precisely, the album is called “Chants to Irkalla”, the underworld according to Babylonian mythology, from which nobody return. All the tracks on this album are dedicated to worship this kingdom and leave you with the impression that each part of the songs has been thought of several times. There is a lot of coherence in the composition.

“Ziggurant Ablaze” is the track that opens the album and also works as an intro. Druj makes it clear to you from the beginning what his intentions are. A certain Black Metal spirit is felt in the initial riff, which ends up adding more darkness. It happens that the perfect formula to achieve the most terrifying music is to unite both Death, Doom and Black Metal. It seems that they are clear about it. The versatility of the voice is also a great detail to take into account, ranging from the heartrending shouts in old Samael’s style to the more cavernous voices. We could say that, in parts, the sonorous pestilence of Grave Miasma can come to our memory. However, Druj plays with other elements, including some close to the denser sequences of Nile. All mentioned are only small references to give the reader an idea of the proposal of the band, but make no mistake … Druj’s bet is quite original. It is very pleasing to hear that the bands oriented towards these styles sink more and more into hell, achieving quite attractive nightmares. (MarioR)