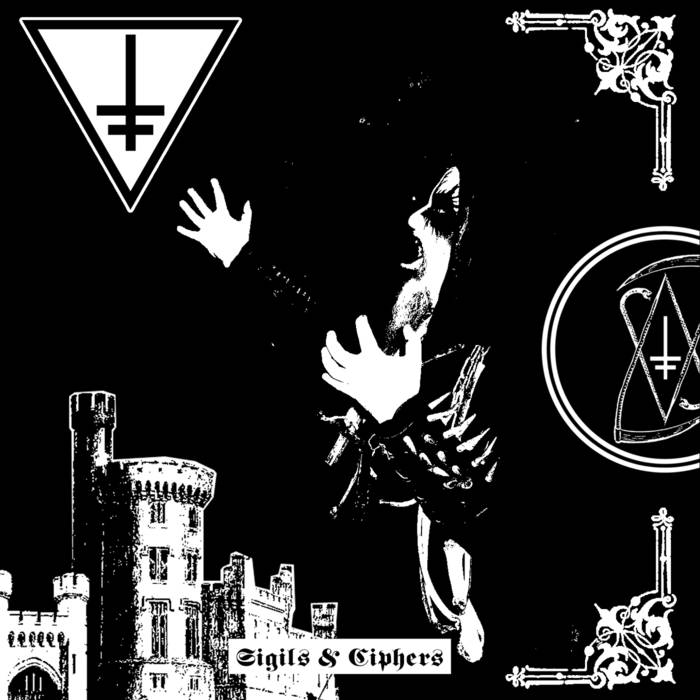 “Sigils & Ciphers” is a new release from Drowning The Light from Australia and the newest addition to their enormous, almost legendary discography.

I remember that the band released a new recording every month in and around 2009. On different formats.

The album may be a compilation, but it is a very special one. Apart from a new track, this album contains the special Drowning The Light demos, that came with the special versions from their last three releases. Those who managed to solve the riddles and the cryptic ciphers that were added to a very limited number of the albums, could win these three exclusive Drowning The Light demos, containing songs that will never be released officially to the public.

Apart from that brand new track, we have here 4 tracks from the “Down there you are the Prey”, “The Vampyre Cipher” and the “Riddle of the Pentagram” demos, all special diehard fan awards.

Opening track is the new one, called “A Dark Promethean Flame”. What begins with ethereal female chanting, soon bursts open into one of thé most original and inventive Drowning The Light songs ever recorded. It’s typical Drowning The Light Black Metal at first sight, with the usual bashing on the galloping drums, the symphonic synth bursts, …but also with a choir doing the epic refrain and accompanied by a melodic guitar solo to match the music. It’s almost easy listening music, if it wasn’t for the vampire-like raw screeching sand paper vocals of Azgorh and the very abrasive, spartan production.

It’s a rather long track, in fact these tracks are all impressive in length, with a unexpected folkish softer theme, an atmospheric part, intertwined female vocals, before picking up the pace again. Chilling…

Second track comes from the “Down there you are the Prey” demo: an impressive and monumental Luciferian song with some exquisite and sublime musical composing/song writing in it. It’s almost cinematic.

Tracks 3 & 4 were taken from “The Vampyre Cipher” demo…I’m not going to spill too much words on these two master pieces and spoil the surprise. I almost needed to call the paramedics myself after being exposed to such sublime craftsmanship. You’ve never heard Drowning The Light perform and record in this fashion…

Last and longest track was taken from the “Riddle of the Pentagram” demo and bears the same name. Pagan, medieval tunes, a chamber wide tapestry of keyboards…I’m not telling you people anything more. Discover why those exclusive demos were such a wonderful gift Those who are into Drowning The Light’s music will listen to it with an open mouth. Those, who think Azgorh has always released more quantity than quality…they’re in for a HUGE surprise. And those, who have never bothered to listen to Drowning The Light – well: if you’re a fan of raw, but very original Black Metal, then it is high time you confront one of the most unique and non-commercial bands, ever!

The album was also released to deter possible bootleggers. Are these the songs from the demos, have they been remixed or remastered? I guess we’ll never know.

But what is represented on this CD – it will blow all fuses.

I have spoken. (LCF)