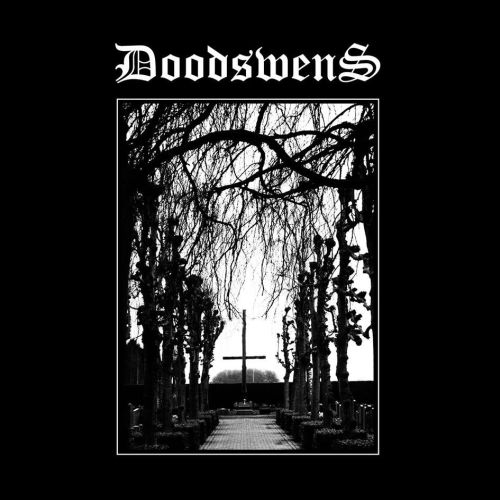 What does Charles Bronson and this band have in common? Well, for you non-Dutch speakers, Doodswens means “Death Wish” and there you have it actually. And that’s the only comparison there is as Bronson is an one-man vigilante squad in the movie, while Doodswens is summoned by two blackened souls who are responsible for the vocals, drums and guitar. Indeed, Doodswens decided not to recruit a bass player.

Do they need a bass player? Do Necromantia and Barathrum need guitarists? Before you shout at your screen, it is a rhetorical question as both bands as well as Doodswens have a certain atmosphere by ditching a certain instrument. In case of Doodswens, it makes the Black Metal sound quite bleak, straightforward yet atmospheric and personally I applaud bands who can create atmosphere by riffs. The production fits perfectly with the squeaks, creaks and slight reverberation due the hollow sound as it gives a raw and live sort of one-take feeling and the hellish vocals just makes the sound from the abyss complete.

If you mix the rawness of early Mayhem, the primitiveness of Satanic Warmaster (for example the “Carelian Satanist Madness” album only with less melody in the riffs) along with some riffs of Enthroned’s “Prophecies of Pagan Fire” without the bass and solos or Darkthrone’s “Transilvanian Hunger” and adding some melancholic slower parts, you will get the direction of Doodswens. A promising first demo without any doubt and I hope they keep the rawness during their future releases. (Ricardo)