Dødsferd – Death Shall Purify the Wounds of Your Fragile Mortality 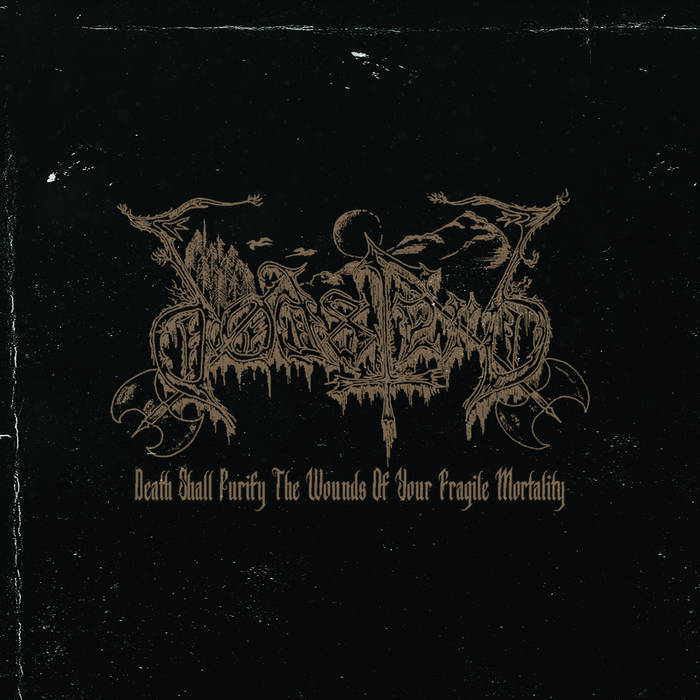 There is no doubt that these Greeks are a bunch of hard-working chaps, in terms of releases, at least. In such a troubled year, some bands still find the time to stay active, which is good, I reckon.

“Death Shall…” is a recollection of 7 tracks, 6 already released in previous works, and a new one, “Deterioration”. Reaching the end of the album I leave with the idea that they have selected tracks that could take us, the listener, to a darker place, a desperate call for help. Mid-paced, or actually pretty slow tracks, suffering vocals and painful screams… I would never call it DSBM, but definitely it is taking the listener to the aforementioned place, I guess.

I do prefer this facet of their sound to the more Crusty Black Metal approach they went for in “The Parasitic…”, which sounded quite generic. In conclusion: their new track is actually niiice! A different attempt at something, maybe? Little over 6 minutes of spoken word, accompanied by a slow, strange, instrumental piece. Quite nice.

For those that already know the band, this last track might not come as a shock. Going through their back catalogue one will find several visions of the genre: slow, fast, dissonant, clear, “out-of-the-box”, so the last track will not come as a surprise. A vision of the future, perhaps? (DanielP)