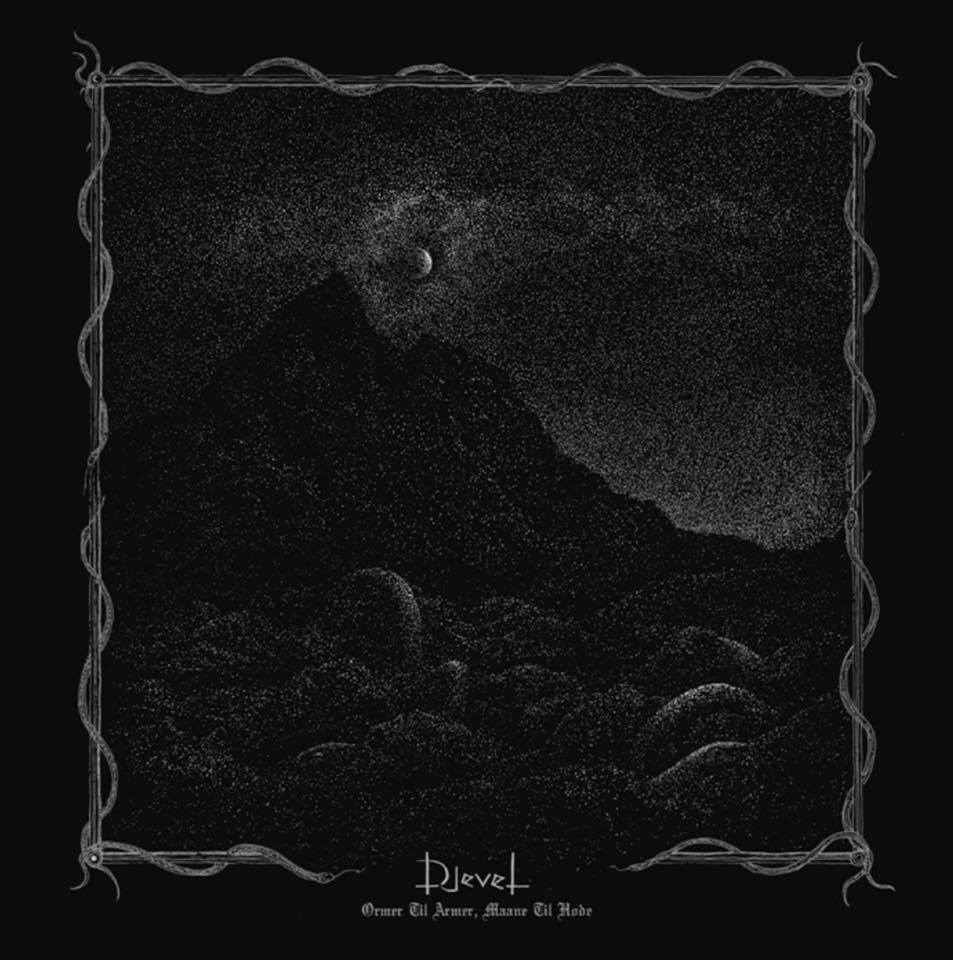 Djevel isn’t an unknown act from the Norwegian Black Metal scene and has released some fine pure 90s Black Metal albums like “Saa raa og kald” and the previous album “Blant svarte graner”, but actually every full-length release is a recommendation.

For the ones who doesn’t know, this is the brainchild of Trond Ciekals (NettleCarrier, ex- Ljå) and he recruited Dirge Rep who was with Djevel throughout the years, but he got replaced by the infamous Faust behind the kit a couple of years ago. Mannevond (also NettleCarrier, Koldbrann and ex-Urgehal) completes the line-up on “Ormer til armer, maane til hode” which is a great album if you’re into the melody lines of Satyricon’s 2 first albums mixed with Taake songwriting approach, along with the aggressive drums of Faust.

If you think the nowadays acts or old acts don’t capture the same spirit the Norwegian scene did in the mid-1990s, you haven’t heard this one yet as “Ormer til armer, maane til hode” will satisfy your hunger for old school darkness. (Ricardo)