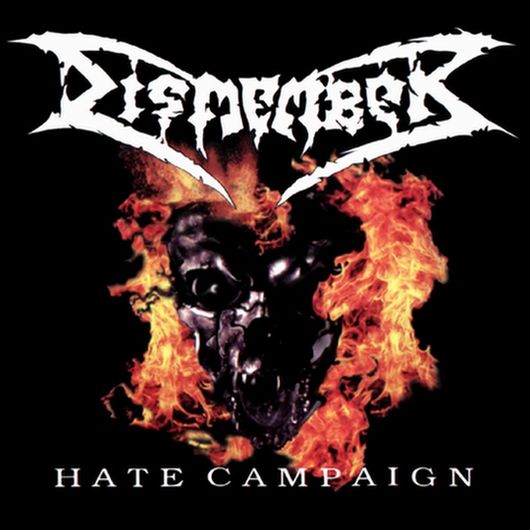 Wow, Dismember makes it clear that the original Swedish death metal can only be played by a true Swedish band! The sound and some of the songs really remind me of their debut album! The songs are rather short and they give you no pause to breathe. From opener “Suicidal revelations” on till “Until death”s cold embrace” it”s raging and a lot of fast stuff. Only the closing song “Hate campaign” is entirely mid-paced, giving you time to stop all the bleeding from the cuts you’ve made while ravishing through your house! Dismember’s new album offers you a great old style Swedish death metal with melody lines in their music without sounding soft. Songs to check out are “Beyond good & evil”, “Retaliate”, “Enslaved to bitterness”, “Thanatology”, “Bleeding over” etc etc. Actually all the songs! However my absolute favorite is “Patrol 17” which sounds a bit like “Collection by blood” on the “Massive…” album but harsher! New bassist is Sharlee D”Angelo, the guy who’s in a million bands. New guitarist is Magnus Sahlgren who also played on Tiamat”s “Wildhoney”. Are you still reading this review?? Get this album!! (Saldiac)