Depressed – Beyond the Putrid Fiction 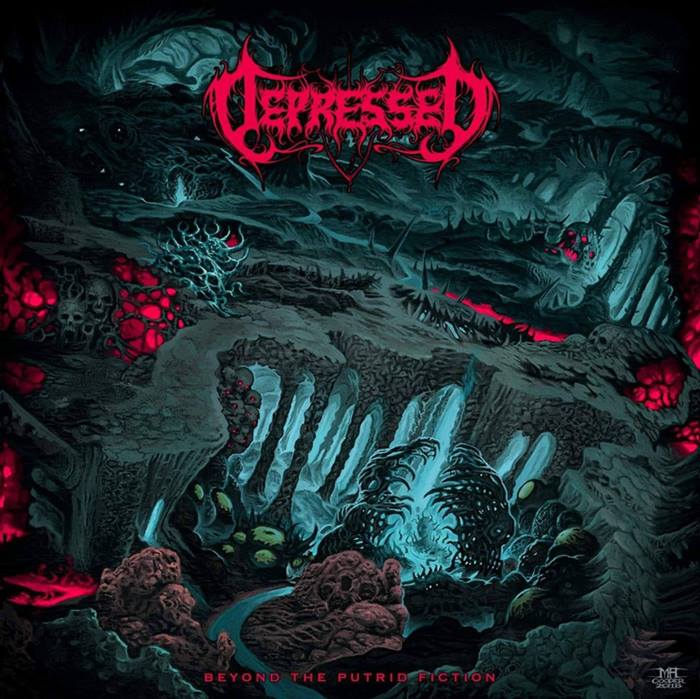 Depressed is a five-piece band from São Paulo, Brazil, that has been active on and off since 1998, releasing their first LP in 2015 (“Afterlife In Darkness”).  A marked improvement, the band’s follow-up LP, “Beyond the Putrid Fiction”, is straightforward old school death metal in the vein of Grave or Wombbath, mixed with the more melodic, riff-driven nature of bands like Paganizer and Ataraxy.

Now, obviously there are a ton of names that can be dropped in between all of these examples, which could be seen as either a positive or a negative characteristic. While some may initially be put off by a perceived lack of originality, others may take comfort in the sincerity and faithfulness Depressed shows to Death Metal as a genre. You can take your pick, but the former would indicate to me that further listening is needed.

Vocalist Giovani Venttura  — the band’s only original member – provides a barbarous consistency, as he roars about everything from depression (“Mandatory Coexistence”), to cynicism (“Thy Fragment of Light”), to the coming of devilish insanity (“Unholy Conveant”) and the end of the world (“Cease and Decease”). This is not subject matter for the faint of heart, and the band backing Venttura does not take it lightly.

Murillo Hortolan and Douglas Ratam make an excellent team as guitarists, while Giovanni Norbiatto and Gabriel Guerra fill in the blanks with solid bass playing and vicious blast-beats, respectively. This is all inspired playing, but what impresses me is the amount of room the band leaves for Venttura to deliver his message. He does this with his lyrics as well as an aggressive presence not too dissimilar to Frank Mullen (Suffocation) or David Vincent (Morbid Angel), if only for the crystal-clear admiration he’s got for the music he makes.

“Beyond the Putrid Fiction” has an unrelenting death metal sound musically while dealing with a myriad of important topics lyrically. A solid record that I’m quite sure will find itself played repeatedly by anyone who gives it a shot. (VUK)