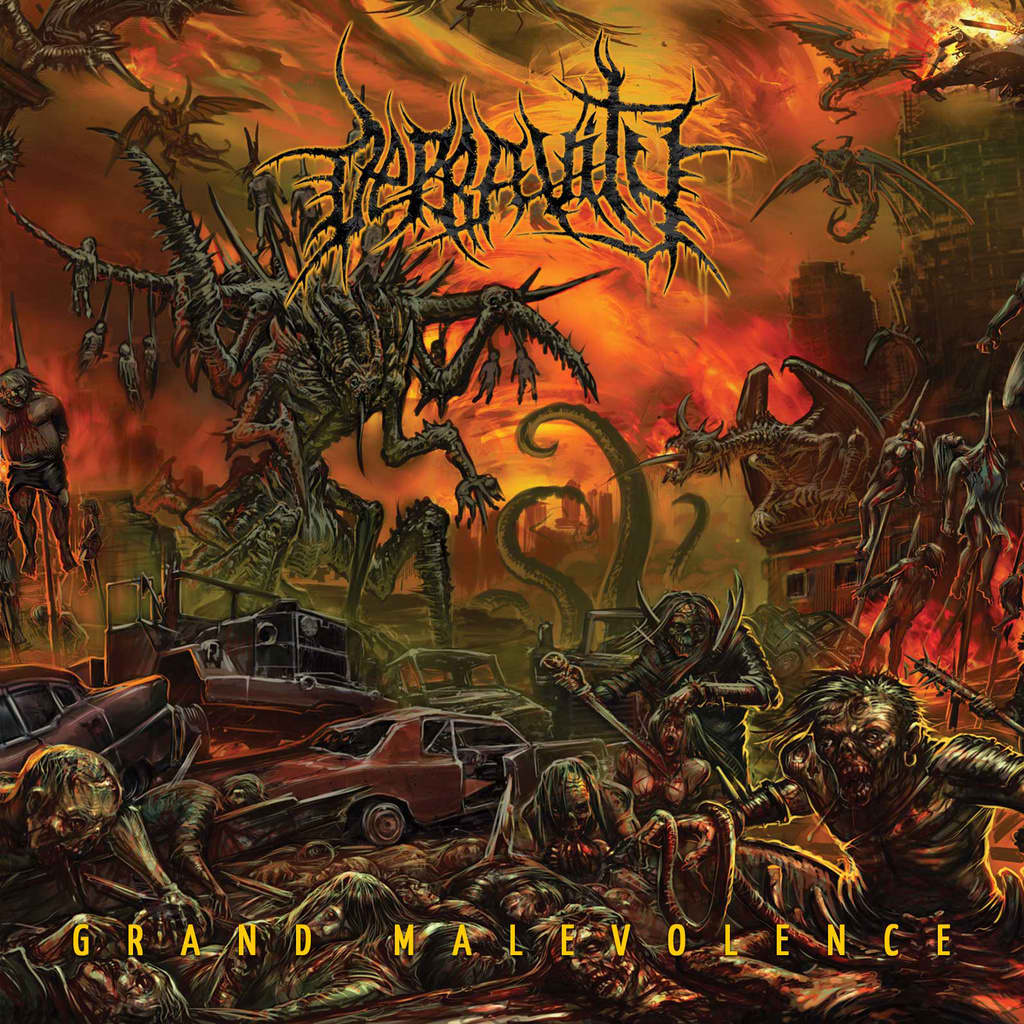 Australia, ground for some of the biggest, most hellish abominations in extreme metal ever has spawned the 2nd album of Depravity from Perth, “Grand Malevolence”.

The in 2016 founded Death Metal brigade gained some attention with their first LP “Evil Upheaval”, showing a modern blend of (brutal) Death Metal, somewhere between Nile, Cannibal Corpse, Aborted and Immolation/Morbid Angel to a certain extend.

The new record got all the ingredients, mixed up with some Hour of Penance, Lost Soul and Hate Eternal (chaotic dissonance).

No, it’s not that simple. Depending on the track there is more atmosphere (“Epitome of Extinction”), more groove (“Ghosts In The Void”) or more fast slaying brutality (“Hallucination Aflame”) or a good mix of it (“The Coming of the Hammering”).

This record got almost everything a modern Death Metal record could have, killer lead solos included. What probably is missing, regarding the already huge display of variation and ideas, as well as a fat production are the ultimate hits, but maybe they’re just waiting to be unleashed.

“Ghosts In The Void” is my favourite track on a well done follow up of a band who’s potential is shown but not fully displayed yet, curious to hear what they are capable of. (DPF)