Deiquisitor – Downfall of the Apostates 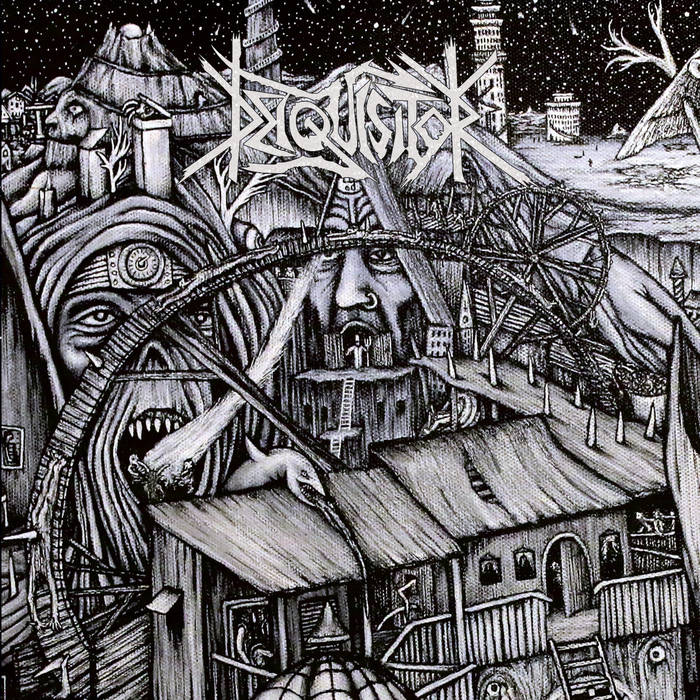 Do you like your Death Metal brutal and US-styled? Do you love Immolation and Morbid Angel? You like the production audible while still sounding “natural”? Well there might come something for you. Deiquisitor from Denmark are now releasing their second album “Downfall of the Apostates” through Dark Descent Records. And this is huge! Compared to its predecessor the album has been mastered louder so that nothing will be buried, something that would be a crime If consider the huge amount of killer riffing that shreds through the album. The tracks have those deep Ross Dolan like vocals with some occasional doubled high pitched vocals. Also killer octave chords, twisted riffing with highly fingerwretched chord progressions and odd time signatures(not too much) are present. As well as great bass work (tasty) and awesome drumming full of beat variations and fills, with power and tightness. As mentioned, there are some obvious influences like Immolation, later Morbid Angel, a slight amount of Hate Eternal and of course some comparisons can be made with Dead Congregation too. This is brutal Death Metal in every sense of the word. The song writing is excellent, it never bores, it still remains fresh and interesting (the use of some minor leads here and there are perfectly placed). These veterans from Denmark know what they are doing. The artwork was made once again by M.F.Jorg and captured the disturbing sound perfectly. Dark brutal Death Metal the way it should be. Be prepared for the downfall of the apostates. (DPF)