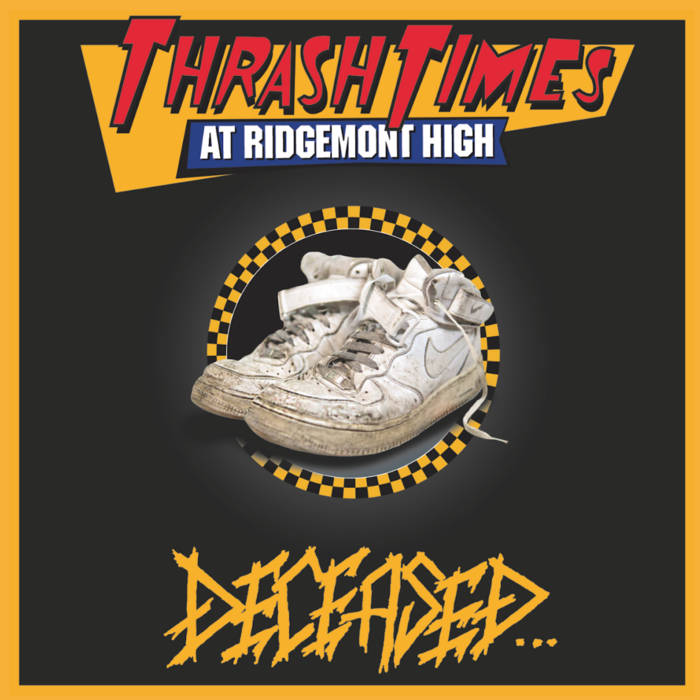 Deceased is a band that most likely requires zero introduction. They were a very hardworking band, that has tried their damnedest to release creativity. Sometimes, it does not always work with the die hard fan-base of Old School Death Metallers, but at least they were never shunned for it. Again, that band has worked tirelessly through their many years. Sometimes, it’s just nice to hear a band take a step back and just Thrash for the sake of Thrashing. This is a pleasant release of 12 songs from bands that are often categorized as underrated. This is an album for people who do not want to hear covers from “The Big 4.” Also, don’t expect any covers from “The Other Big 4” (Testament, Overkill, Exodus, and Death Angel). For that matter, do not expect any classic songs from “The Teutonic 4.” Sorry folks, not even Tankard are present in this list, but that is just fine, because Deceased have already covered Tankard along with many other classic Thrash Metal bands over the years. If you want to hear more mainstream Thrash covers check out their excellent double disc tribute to everything they loved titled “Cadaver Traditions.”

If “Cadaver Traditions somehow left you hungry for more covers, then “Thrash Times at Ridgemont High” was definitely crafted specifically for you. Here are 12 well picked songs that have likely never been covered by anyone else. All of these songs fit together, as these are the more high octane Thrash bands for the most part. The covers here are just about what any die hard Thrasher would want to hear on a compilations such as this one. The songs covered in order are “I Spit on Your Grave” (Whiplash), “Pray for Death” (Blessed Death),”Sacrifice” (Sacrifice), “Get Stoned (Stone), “Into the Universe” (Artillery), “Take this Torch (Razor), “Thrashing Rage” (Voivod), “Death Squad” (Darkness) “In the Grip of Evil” (Cyclone), “Demons” (Rigor Mortis) “Demon Preacher” (Deathwish), and “Ilona” (Bulldozer).

First, there are many good things for me to write about the track list. Their track listing all basically fits the destroy and thrash theme all of these bands played up in the 80’s. Present in this finely chosen batch of a dozen songs are acts from Canada, Germany, the UK, Finland, Denmark, Italy, Belgium, and the United States. Every cover presented is worth hearing, and they are not just mere repeats of the originals. All of these tunes sound a bit chunkier, and more gruff (especially in the vocals) but they still pay accurate tribute in attitude.

Everything about this release from beginning to end reeks of the best fun. The Whiplash song was the perfect opener for the album. The fourth song is “Get Stoned” and clocks in at exactly 4:20. The last song is by none other than Bulldozer. This CD had me cracking a smile throughout and I almost felt like I was hearing all of these great songs for the first time again. This album is almost as fun as Saturday morning cartoons and represents everything I love about Thrash Metal. Also, tribute albums such as this one serve a purpose. These tribute albums really show listeners where a band derives inspiration from and its fitting that a fine tribute such as this one comes from a band such as Deceased. Highly recommended for stark raving mad Thrashers all across the world. (Old Man Stares)