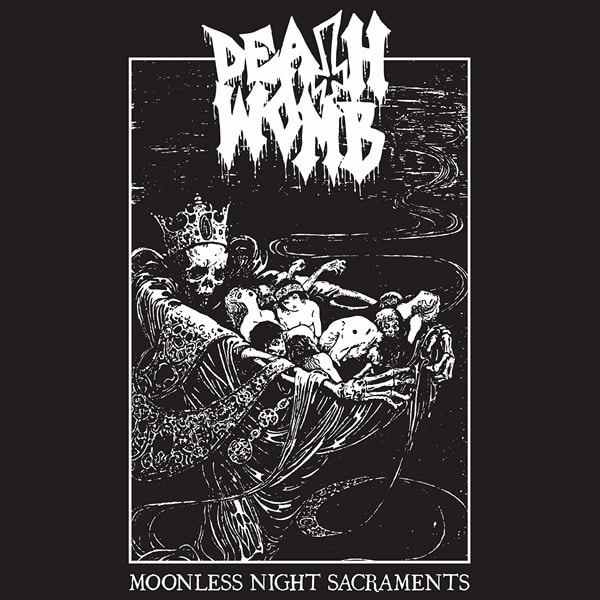 To Europeans, when someone mentions the Canary Islands, vacation is the first thing that comes to mind. Very few will actually think of a quite colourful metal scene, spawning interesting acts who shoot themselves into the world recognition. But we actually reside in the time when everything is possible (even though some refuse to make anything happen) and even the most unlikely locations in the world have a blooming metal scene.

After introducing themselves to the world with their demo in 2017, Deathwomb, the group from the Canary Islands are finally ready to attack the whole world with their take on conjoined genre of Black / Death Metal, with their debut full length, “Moonless Night Sacraments”. Even though this is a young collective, the members have already cut their teeth in bands like Culto Profano and Necroven.

Definitely taking their influences from early Beherit and Sarcofago, Deathwomb are capable of combining the cavernous Death Metal with the retro keyboards and classic guitar riffing of the early second wave of Black Metal. The album could easily be mistaken for a lost underground classic from the nineties, while still sounding fresh enough to be recognized as an output of a modern underground band, who adds dark melodies and elements of Doom Metal to their bestial mixture.

In comparison to their aforementioned 2017 demo the band managed to consolidate their murky fury without actually softening down. This truly is a vicious album by an incredibly promising band and it belongs into the ears (and record collection) of every underground war metal fan. (Black Mary)