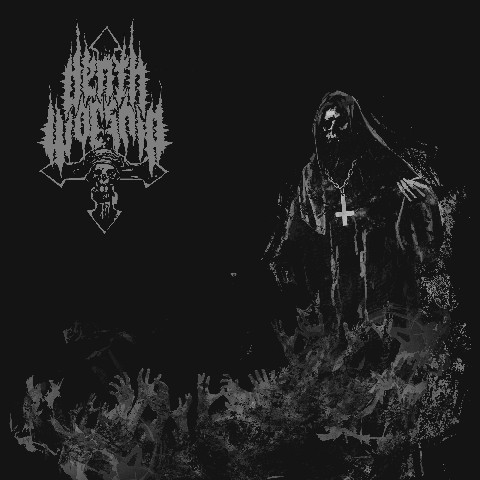 Canadian Death Worship, or better Ross Bay Cult bangers Ryan Förster (Deathlord of Abomination and War Apocalypse), James Read (J.Read) and Gerry Joseph Buhl (Nocturnal Grave Desecrator and Black Winds) from cult acts like Blasphemy, Conqueror and Revenge went for another exterminating mass in 2016 releasing their debut EP “Extermination Mass” which was and still is well received by extreme metal elitists worldwide. Nuclear War Now Productions now released the demo recordings which were made prior to the later released debut EP. Why do so? Well the records is rougher, more primitive but also very effective which gives to this release a certain meaning. I find this version very appealing thanks to its raw energy. Fans should grab this If they go for a more primitive approach, although everything is still audible. In the end it`s the listener`s choice which extermination he wants to witness. (DPF)