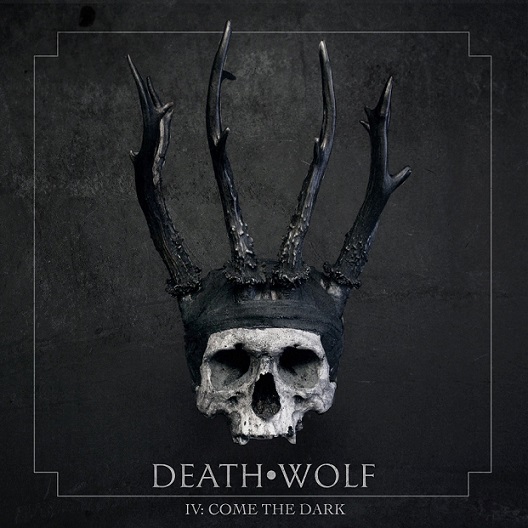 “Come the Dark” is the IVth chapter in Swedish horror punk metallers Death Wolf’s discography. The album will be released by Century Media Records.

Having started off in 2000 as a Samhain/Misfits cover band called Devils Whorehouse, they released two full lengths before taking a more metal approach and changing the band name to Death Wolf in 2011. Although the Samhain/Misfits influence is still present the writing is definitely in a more Danzig Heavy Metal Blues direction with occasional Thrash thrown in. As you might have guessed the lyrical themes are all horror oriented about evil, darkness and things that go bump in the night. The songs range from mid tempo hard rock to faster thrash-ish groove songs with an upbeat punk rock simplicity.

I doubt “IV: Come the Dark” will turn any heads in amazement but it is a consistent album with their back catalog and a fun listen. (Ted Gloom)