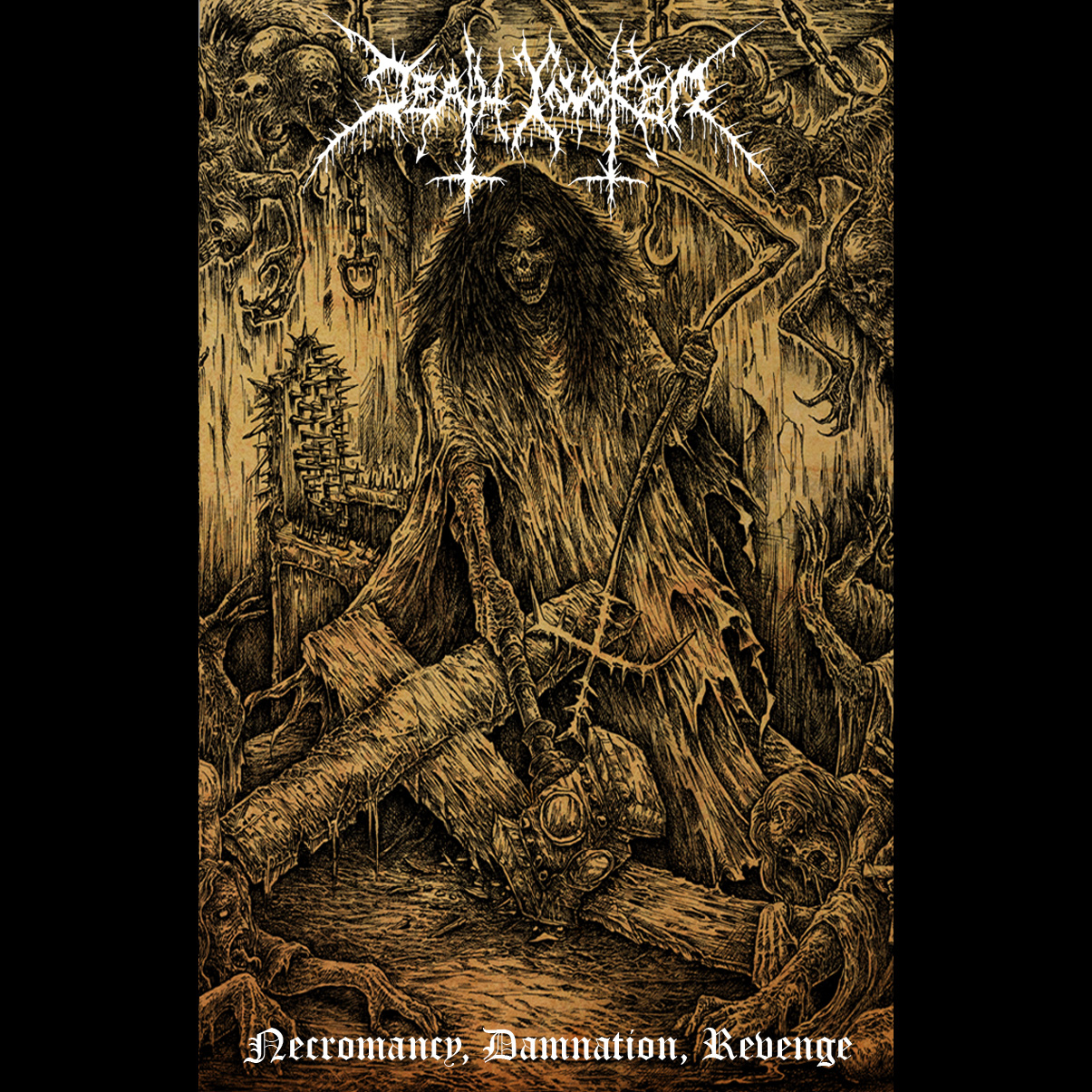 Ah, some South American Extreme Metal with the attitude and spirit when you take pictures on a cemetery while your drummer has a Mohawk and when brothers in a certain Brazilian band were called “Max Possessed” and “Igor Skullcrusher”.

Death Invoker from Peru, containing the perverted combo Morbid Devastator, Unholy Perversor and Bestial Lust know how to combine the old unholy trinity of Death, Thrash and Black Metal of the early and mid-80s. Although the sound isn’t quite like those days, less hazy and rehearsal room like, it does has the right DIY-vibe going. At first released by Picture from Hell and Sociedade dos Mortos on 7” vinyl in 2018, Nihilistic Holocaust released it on the good old K7 with an additional track, “Divination through Death Spirits”, that wasn’t included on the vinyl version.

Tape enthusiasts with fondness for old Sarcofago, Sodom, Necrodeath and Sepultura will enjoy this for sure! (Ricardo)