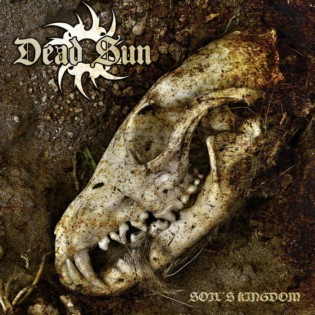 I truly think Rogga Johansson is the most featured artist on VM-Underground as well as on my previous zine Vampire Magazine altogether. Mind you, we have reviewed everything of Vomitory and even interviewed them 5 times. No contest! Back in 1999, when Paganizer released their first album called “Deadbanger”…We reviewed that piece of rotten flesh….Many, many, many, many, many releases further I received the new Dead Sun, one of his Death Metal projects, although this one has a lot of Melodic Death of the mid 1990s and occasional parts of Doom in it. Like he took ideas of Autumn Leaves, a touch of Edge of Sanity’s “The Spectral Sorrows”, In Flames during “Whoracle” and a bit of Katatonia’s “Brave Murder Day” dark melodies. Only thing is, without sounding patronizing, he “Rogga-ed” it…he turned the complexity down a notch. So you get the typical repeating groovy riffs you hear in most of his projects, only with a melodic and gloomy twist. At the end you will hear 3 re-recorded tracks of the “As Night Conquers Day” demo that was released back 1997. I think it would be a better idea to ditch a couple of songs because as a 4-track EP or 3-track 7”, this would gain more interest. (Ricardo)