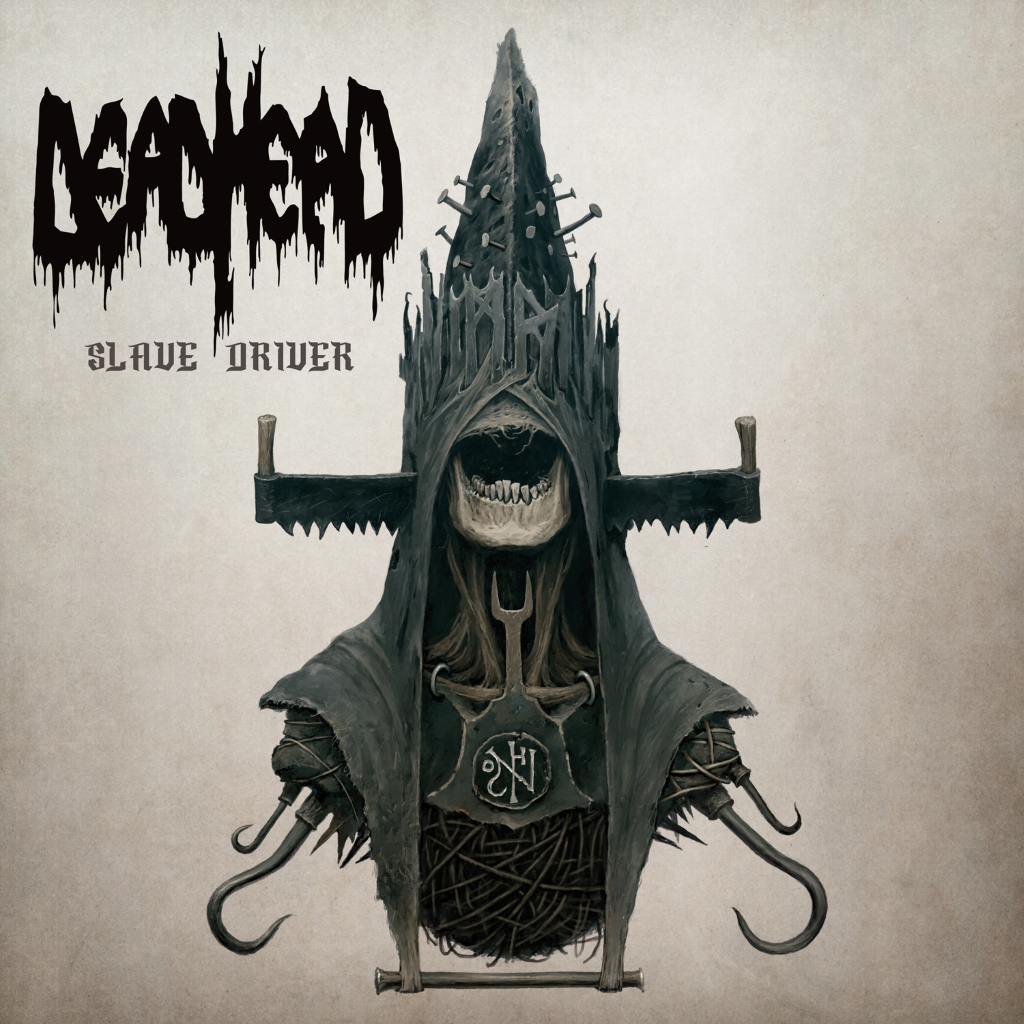 Considering this album was released by the end of April this year, I am a little late to the party with this review. Dead Head has never really changed their musical direction and recipe, so that makes their music timeless anyway. Or is that a lame excuse? Well, let’s just call it fashionably late then, shall we?

Alright, back to business. Dead Head releases their seventh album with this ‘Slave Driver’ and on this album we see that vocalist/bassist Tom van Dijk left the Dead Head-ranks again. He is having a on-again/off-again love affair the band since this is already his third departure from the band already. His replacement is Ralph de Boer who was Tom’s too replacement on 2009’s ‘Depression Tank’ (Displeased Records). Ralph’s vocal work is basically the same and do fit the band almost as good as Tom’s and considering the rest of the band remained the same you can just rest assured: Dead Head is still as deadly as ever.

On ‘Slave Driver’, as on all their albums, Dead Head deals mercilessly with everything that stands in their way. The band races through the ten tracks at stifling speed, which add up to some 45-minutes of all-consuming Thrash Metal. Still drawing its main inspiration from the speed demons of yesteryear, think Sadus, Dark Angel, Slayer and Kreator. But unlike the classics of those bands, Dead Head sounds fairly modern and the album has a good and clear production. This does full justice to the sharp riffs, raw vocals and especially the relentless drum (speed). And let’s also be clear: this is no slick-hair-and-skinny-jeans metal and this is no Municipal Waste either. On the contrary. This is still the same band we got to know in the early 90’s with a sound as deadly as ever, including that vicious Death Metal edge. This perhaps makes Dead Head similar to, say, the early works of a band like The Crown; focusing on riffs and speed, not melody or finesse.

Despite the minor differences in the Dead Head discography, I still have my personal favourites: ‘Dream Deceiver’ (1993, Bad Taste Recordings) and ‘Kill Division’ (1999, Cold Blood Industries). This new album comes right in the middle of these two as far as I’m concerned in terms of sound. So, I may have been a bit late to this party, but it was a blast! (FelixS)