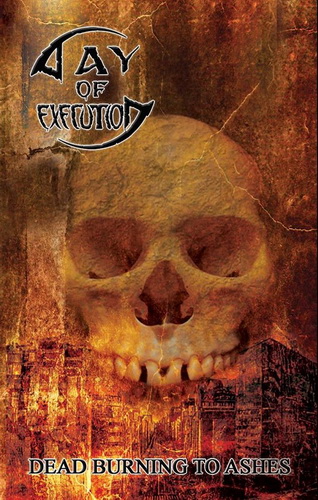 Album “Dead Burning to Ashes” was originally released in 2012 under the label Brewery Productions, but this year there’s a limited edition (on cassette and only 100 copies) from this Bulgarian band on the Funeral Hymn Records label.

First things first, so a big compliment to the neat production, all instruments have a good quality, perhaps the drums could get a little boost, but it’s no obligation after listening to this release. Fans who like old school Death Metal with an infusion of brutality, groove, guts & grind can purchase this one with closed eyes. Some tracks have some great quality riffs in it – hereby I point out tracks “His Ghost in the Morgue” and title track “Dead Burning to Ashes” to check out. Especially this first track is one with balls! Two live tracks are also on the setlist which proves this band can stand tall on stage. Also thumbs up for the cover from Bolt Thrower titled “Cenotaph”. one of my favorite bands and where some influences are audible on the entire disc.

Yes, if I were you, I’d be fast if you want one of these copies in your possession. In 2018 was their last effort titled “Inevitable End” (it seems this is also a limited one), so you can bet your money I’ll also check this one out. Old school Death Metal from Bulgaria…a recommendation. (Fredde)