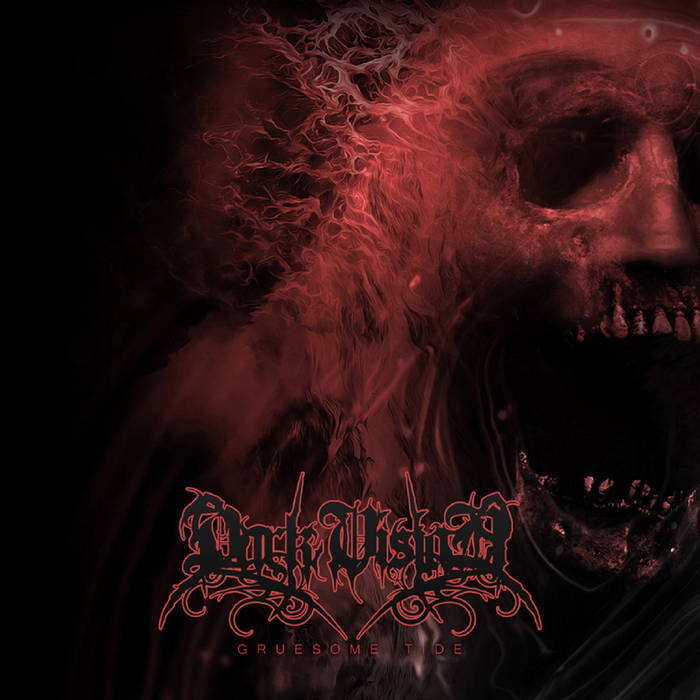 Dark Vision, was one of the second wave bands from the legendary Greek extreme metal movement during 90’s. Influenced by the Second Wave Black Metal, they started their journey back in 1996. So, by count, they have a 22 year history and it’s rather astonishing that they are not really that much revered band among classic Greek scene but it’s eqaully mesmerizing to find out through an interview that, in the early days, they shared stage with Mayhem, Satyricon and Sodom; considering their young age (1999) at that time, it was truly a significant history. Although they had a turbulent past in terms of continuity, but they have moderate releases under their belt, four demo releases (97-99), then debut full-length “Full Moon Shines “, 2002; “Bestial Remedy” [EP], 2008 and “Ingrowth” [EP], 2012.

As a rather unknown group, casual listeners or readers may assume they are typical offshoot from the old Greek scene with references to the sound of Rotting Christ. But quite contrary, Dark Vision has quite Scandinavian sound compared to the rest of the Greek Black Metal scene, which they established by blending rapid Death / Black style of Emperor and Dissection (mainly due to vocals by singer / guitarist Mark) and also creating atmosphere by using speeds and melodies of classic, Scandinavian Black Metal style. Upholding their history of having long intervals between each releases, Dark Vision returned after a seven-year record gap with a new EP, “Gruesome Tide”.

This EP contains four tracks and apart from the same titled new song, it offers a re-recorded version of the song “Dark Vision” from their self titled 1998 promo, cover version of Bathory’s “Raise the Dead” and a rehearsal version of another new song, “Of Unknown Artist”. Title track “Gruesome Tide” develops out gradually at first and then turns furious with the development of speeds and melodies in a classic, Nordic approach. About the re-recording of “Dark Vision”, 20 years later, they clearly evolved as the Blackened / Death style taking on a leading role, like transforming the past with the present. In the cover of Bathory’s “Raise The Dead”, their chanting style created a weirder atmosphere and mid tempos make the track more impressive with Heavy / Black aesthetics, but kept it true to the spirit of Swedish legends. The EP closes with “Of Unknown Artist”, presenting a more mysterious face, perhaps an ode to Rotting Christ’s. But with their signature Greek essence; a raw, brazen and old school character kept through its production.

Such dark and icy style may not remind us much of what we know about Greek sound, but here “Gruesome Tide” shows other dimension of Hellenic Death/Black Metal. It certainly marks a new beginning for Dark Vision, which may lead them to an invigorated future. Undoubtedly, if their upcoming album carries this sound, then return of the Athenians to the recordings will provide something very worthwhile to the Death / Black Metal spectrum. (Rocky)