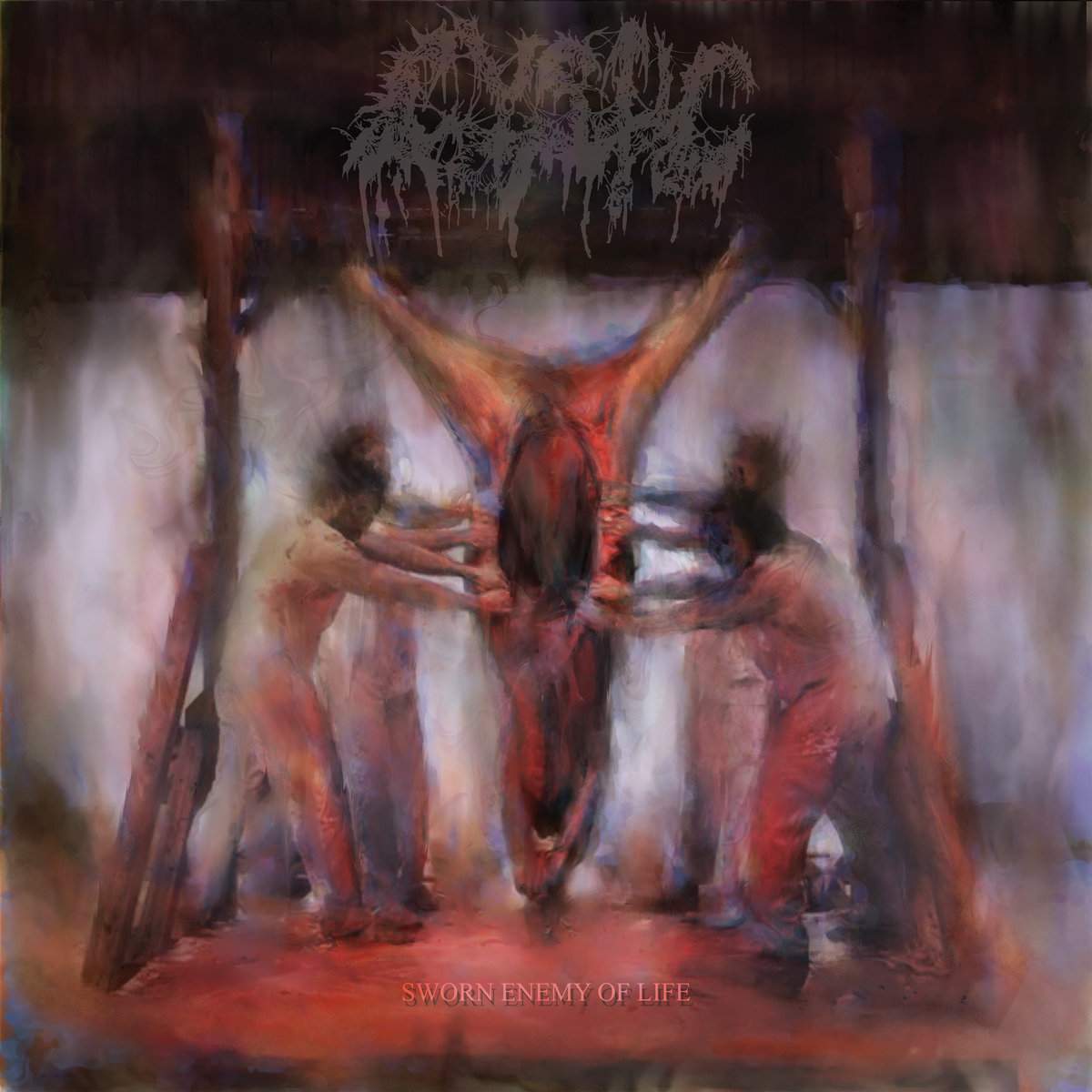 Cystic is a trio formed out of Seattle, WA and have been active since 2018 when they released their EP “The Last Days.” Their debut LP “Sworn Enemy of Life” has a beautifully horrid acrylic image of men dissevering a carcass, almost as if this was done back in the 20th century.

Featuring 8 tracks, this album has strong old school Death Metal vibes crossed over with some Thrash, Grind, and Punk influence as well. Opening instrumental track “Black Past” is 1:21 of sinister, faded sounds of torture which creeps into the next track “Death to Human Scum.” Reminds me of Impetigo with a psychedelic riff from 0:24-0:54, to thrash/death metal tone with blast beats making their first appearance at 1:30 and again at 1:50. Their 4th track “Stabbed” was previously featured on their EP, this time with an additional :06 intro, and clear production that showcases the drumming and vocals equally versus the drums sounding almost faded out on their EP edition.

“Cold Void” is another instrumental, with dialogue that sounds inaudible with the beat going over it, trying to decide if it was taken from an older flick about war, criminal gangs, druglords or if it was perhaps from that 2017 documentary about a schizophrenic that was also titled “Cold Void”. As for the title track “Sworn Enemy of Life”, I dig it but I feel “Saga of Lunacy” has a better prominent, timbre to it, which makes me feel that they saved the best for last. Their longest track (4:24, which technically ends around the 3:30 mark), that features an outro that lasts for about 0:56 as if someone was being sucked into a vortex and spit out into an abyss of nothing.

It’s a dope album that lures you in from beginning to end and is a hell of a way to start their LP discography. Well done.  (Tori Belle)