Cult of Extinction – Ritual in the Absolute Absence of Light 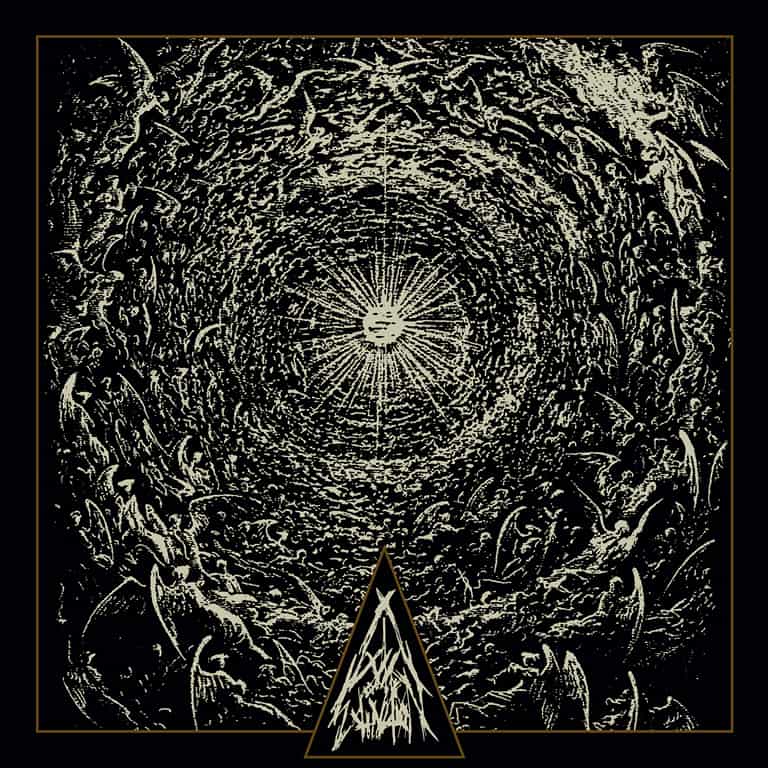 By some theories, in distant future the humanity will end. The alleged woken individuals are discussing what will end it – will it be some super war and its weapons, will it be big pharma and some newly invented terminal diseases or will the humanity drown and suffocate in its own trash and shit? While the debates similar to this one are a part of daily news, some mysterious individuals are convinced humanity had already met its end. I’m quite certain the guy behind Cult of Extinction is one of these individuals.

Cult of Extinction is a one man project from Germany, who first presented its mixture of Black and Death Metal to the world last spring with an aptly titled EP “Black Nuclear Magick Attack”. While the mouthful title might have given away how the EP sounds like and while it seemed impossible to follow that title and contents up, Void (the mastermind behind this project) has outdone himself with his first full length under the Cult of Extinction moniker.

After the repetitive radioactive white noise sound of the intro, you get a nasty combination of Black and Death metal with a certain cosmic chaos kinda feel to it. The dense and suffocating mixture of grinding drums, resonanting guitars and vocals which range from cavernous to shrieking build up an impenetrable inhuman atmosphere in the vein of the primordial war metal.

Cult of Extinction is a young project, but with a debut done this perfectly all I wonder is can Void top his own creation in the future? Considering another of his projects, Imperceptum and the progress he had shown there, all I can say is I can’t wait to hear what kind of chaos he’ll come up next. If you’re into chaotic, atonal and venomous war metal capable of melting your brain, do yourself a favour and pick this one up. While the humanity met its demise years ago, you can still enjoy the show. (Black Mary)