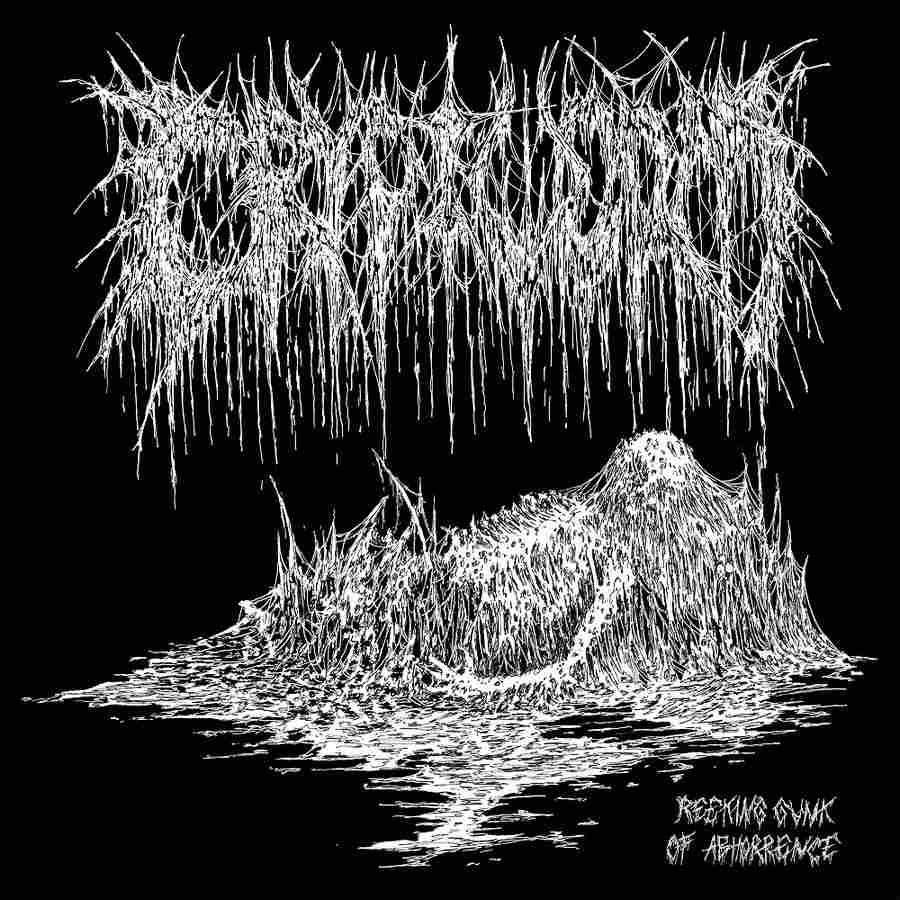 Cryptworm is a Death Metal band from Bristol (England, UK) formed in 2014. Three years after, they released their first self-titled 3-track demo and started to grab everyone’s attention on the underground scene. This demo was followed by the release of a 7’’ in 2018 on Me Saco Un Ojo Records and, in 2019, we all saw the introduction of a new, properly completely unreadable logo, that fits perfectly with the music presented on their split 7’’ with Archaic Tomb from Portugal.

Finally, in 2020, the underground world witnesses the release of their debut mini-album, titled “Reeking Gunk Abhorrence”, which is released on vinyl by Me Saco Un Ojo Records, with the CD version being handled by Pulverised Records.

With a clear improvement of the overall quality of the songs, when compared to their previous works, this debut EP is a 4-track 20-minute trip to Cryptworm’s own filthy swamp, one that is very hard to escape from once the songs start playing. As I was lucky enough to catch one of their live acts, it is impressive how close to their live performance this small collection of music is, full of the magnificent energy the band delivers while on stage. Excellent job, which makes me desperately want to see them again live very soon!

The EP is available on both label’s Bandcamp pages, where you can listen to it and purchase it by using the respective links to the label’s webstores. Make sure you don’t miss this and support the British Death Metal Underground! (Antonio)