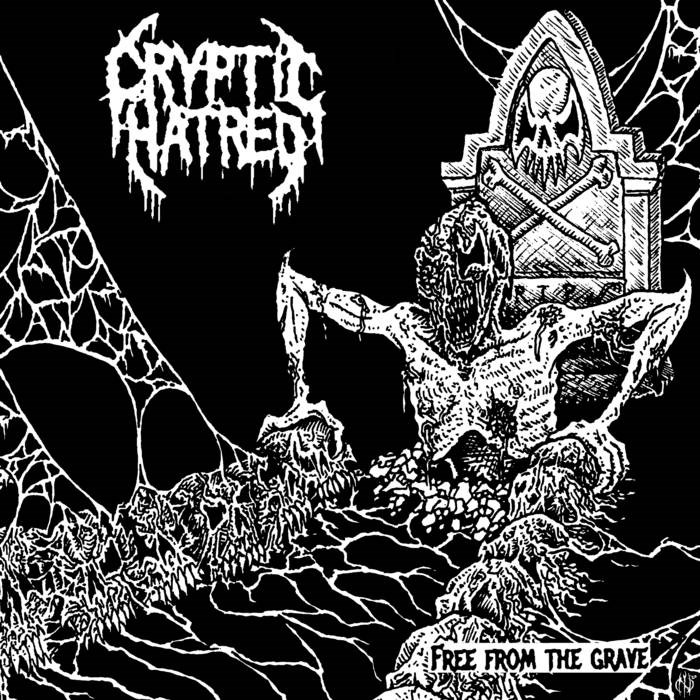 Cryptic Hatred was formed in Helsinki, Finland in 2019 when the members of the band were of around 17 years old.  They are adding to the rich repertoire of the new wave of Death Metal that has taken hold and has been burgeoning in circles across the world in the past few years.

These teenagers balance their mediocre skills on the instruments with spectacular song writing, which shine even through the thin production on the recording. The skill of Eemil Lajoma, the vocalist, has to be commended for his consistently good performance on every song on this release.. Sonically this demo is a combination of variety of influences. It is mid- paced and comes to life when they slow it down and blend the solos, exemplified in songs like “Mutilated By the Dead”.

The Finnish Death Metal scene has consistently hurled out masterful works in the last three decades. Cryptic Hatred, while being firmly rooted in this scene and following the European tradition of Death Metal, is also heavily influenced by the American, already garnering comparisons to Cannibal Corpse’s “Tomb of the Mutilated” era regarding vocal delivery and guitar techniques.

Through it feels like they haven’t found their sound yet, there is great potential to this band and its members. (Hari)