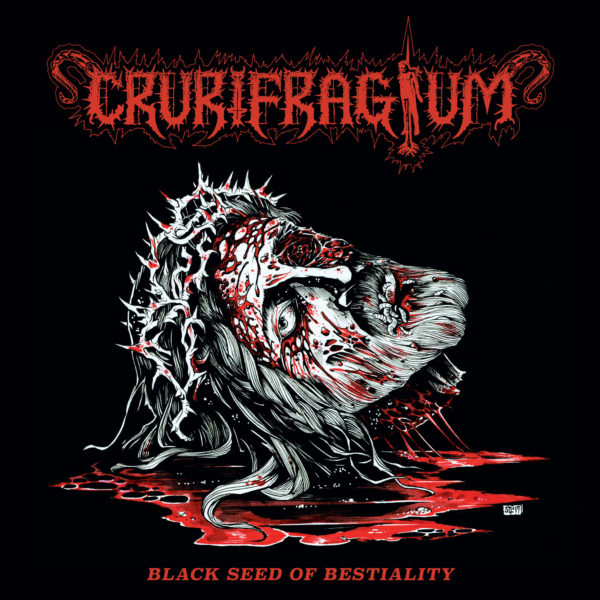 Correct me if I’m wrong, but it seems that 2018 is the year of the explosion of the Black/Death aka Bestial War Metal releases. Crurifragium is the next one that will savage my ears with their effort called “Black Seed of Bestiality”, a compilation that contents their self-titled 2015 demo that was released by Vomit Command Propaganda as well as a live set at Invoking Black Death Fest 2017.

When vocalist and guitarist Horned Despoiler of the First Temple vomits the unholy verses, it is clear that also Crurifragium dipped their toes in the Blasphemy-pool. Side A, which is the Demo part, is sufficient and Side B (the live set) is not that special. But maybe it is interesting for the purists who enjoy pure chaos on stage and howling guitar solos which are a bit out of tune. (Ricardo)